A now memebr of the national democratic congress who is contesting for a member of parliament position in the party has been accused and lambasted by Ghanaians and members of the ruling party. The insults and accusations against him are about his earlier allegiance to the Npp and now, the Ndc.

They feel he will one day turn on the Ndc if given the opportunity to be a part of them. Well, no part of the constitution forbids a person from switching their political party. And this means he had every right to switch even if he was once a member of the new patriotic party. 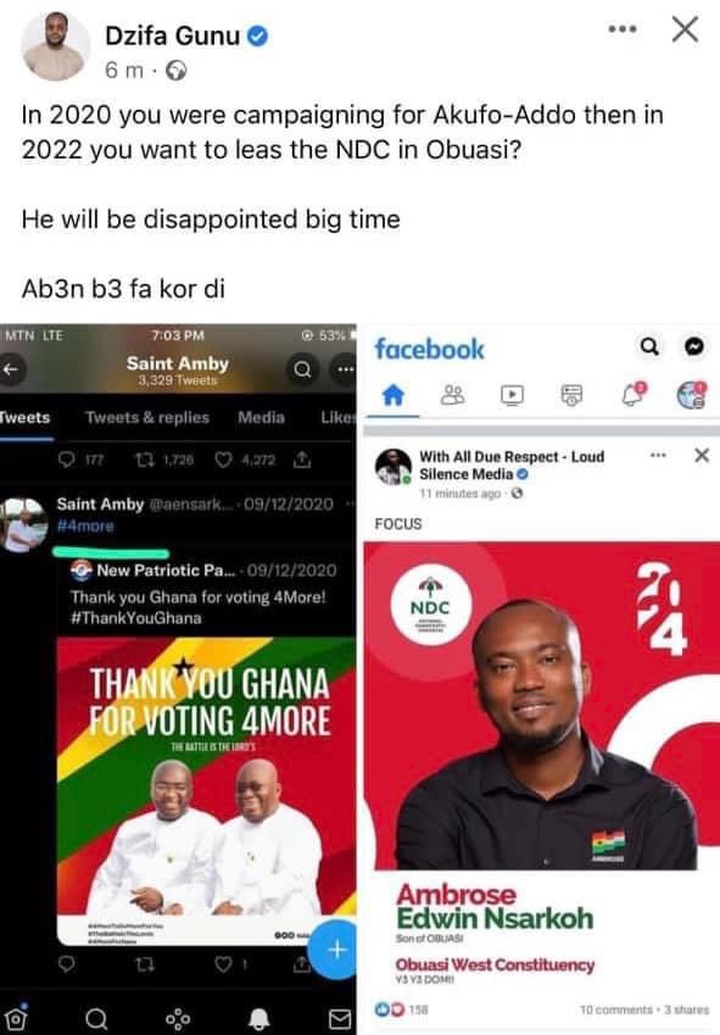 Ambrose Erdwin Nsarko in 2020 was seen appreciating Nana Addo and asking him to continue another term in office. The term ‘4more’ which was used to campaign for Nana Addo was also used by him.

Fast forward, his decision to contest for the position as the representative of Obuasi west constituency has sparked controversies which according to many is capable of ruining his career. He has betrayed the Npp since they feel he was a member whiles hopping on and latching on to the possible victory of the Ndc.

Dzifa Gunu, the popular Ndc activist has also spoken about this whiles making reference to his campaign for Nana Addo a while ago and changing to the Ndc now. Is the Ndc against him?

The Bachelorette Finale Spoilers: Do Rachel and Gabby BOTH Get Engaged?!?

Barcelona Has Only 17 Players Registered.