Kenya’s fighter jets are the F-5 which was produced in the US in the 80s while Tanzania uses reversed version of the J-7 which has better combat range, avionics, and performance. Tanzania has the largest stockpiles of SAMs than any of its neighbours. Tanzania air force can hit any location in Kenya while the Kenya air force can only hit the northern part of Tanzania. Both countries do not have air defense systems thus the one with superior air force will bomb the enemy with ease.

The use of the Kenya navy to launch a marine attack on Tanzania will not be easy. Tanzania can send J-5 or launch artillery at the incoming naval vessels. With their old F-5, the Kenyan marines may sink into the ocean. Tanzania has a good number of military posts and camps along the border. They will use long-range artillery systems, small drones, and spy planes. It will be easy to locate invading army and hit it with mortal shells. 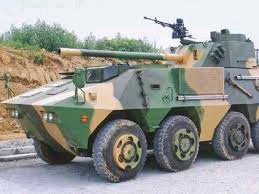 Tanzanian soldiers are well-known across Africa and I believe this knowledge alone will keep down the morale of Kenyan soldiers. They have never lost any war in Africa since its independence. Al-Shabaab defeated KDF in Westgate mall and Garissa University.