HomeNewsWhat happened on the University of Ghana campus is horrific and uncalled for.
News

University education in Ghana has shaped a lot of prominent people in this country. It has contributed a lot to the development of this country. But there are some trends emanating from some of the major public universities that must be dealt with decisively now before the situation gets out of control. I am talking about the rivalries that exist between some of the halls of residence in our universities. Rivalries are supposed to promote healthy competition and enable those involved to coexist peacefully. But is that what we are seeing on our university campuses? The clash that happened from yesterday to the early hours of this morning at the University of Ghana is barbaric and should not be tolerated in any shape or form. 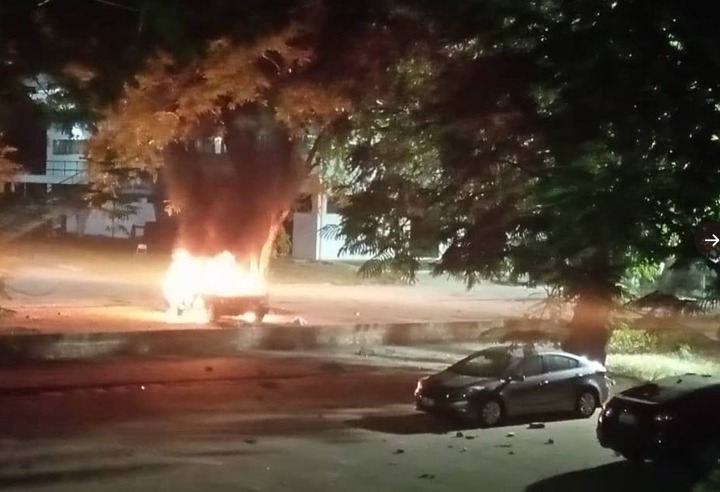 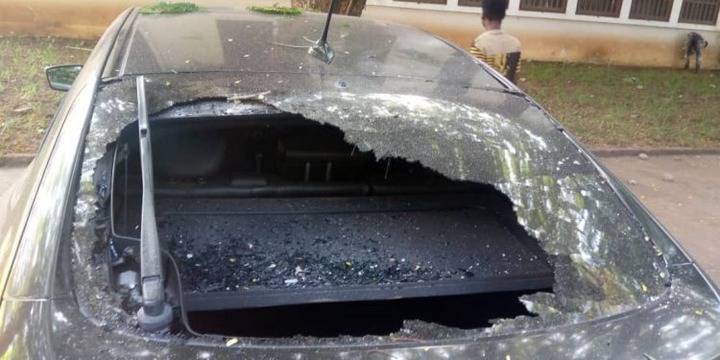 According to information trickling in, residents of Mensah Sarbah hall known as Vikings and their colleagues from the Commonwealth hall known as Vandals clashed in a bloody confrontation that started yesterday evening till this morning. As to what started the fight, it’s not clear. But according to an eyewitness who spoke to myjoyonline.com, the Vikings were celebrating ‘Sarbahfest’. As part of the festivities, the residents of the hall went on a procession as is normally done. 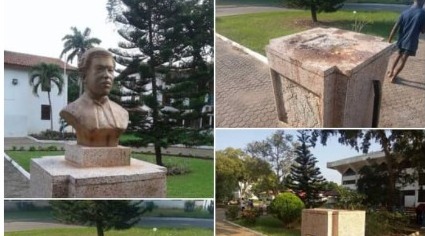 One of the guys strayed to the Commonwealth Hall for whatever reason and got himself beaten up mercilessly. He managed to go back to his hall and reported the issue to his colleagues. The colleagues then stormed Commonwealth hall to retaliate against the vandals for beating their colleagues. This was what occasioned the whole disturbances. A lot of properties were destroyed. A statue of Mensah Sarbah was also stolen by the Vandals. A car reportedly belonging to one of the porters at the Sarbah hall was burnt to ashes. 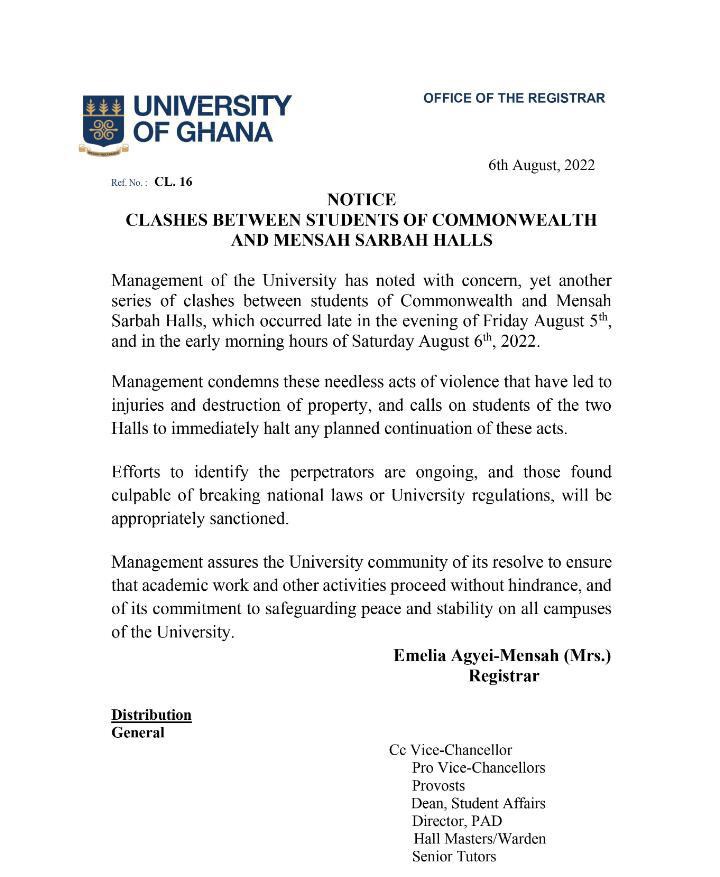 The University has since stated the disturbances and assured the whole university to remain calm. They are dealing with the issues. Some arrests have been made by the police. How long will this continue? Are we waiting for lives to be lost before we act?

I witnessed such a clash on the KNUST campus in 2011 as a resident of Katanga hall. That clash at the time was between my hall and Unity hall also known as the continentals or ‘Conti’ for short. One of the Katanga boys lost an eye after severe beatings from the Conti boys. The same has been happening on the University of Cape Coast campus. If we are not careful the next such violent clashes may result in the loss of lives. We must take action now before it’s too late.

Content created and supplied by: Courageous92 (via Opera
News )

Take A Look At Exceptional Ankara Gown Styles For Ladies

WATCH: The Sports show preview the Springboks versus All Blacks clash at Ellis Park