HomeNewsWe May Do The SIM Registration Again, The Telcos Are Not Taking The Correct Data- Yayra Koku Reveals
News

SIM registration exercise has started for some few months now. The exercise by the National Communications Authority which is led by Hon Ursula Owusu together with the Telecommunication Networks is to help curb some crimes committed in the country.

The SIM registration has been hit by some hitches which has made Hon Ursula Owusu extend the deadline to September 30th.

Today, Yayra Koku, a known expert in IT has made a statement concerning the SIM card registration which is still ongoing. According to Yayra Koku, he has seen that the biometric data the Telecommunication networks are taking are not the correct data. He described the data they are taking as “Useless”.

He has stated that since the Telcos are not taking the right biometric data from Ghanaians, the SIM registration may be redone again. 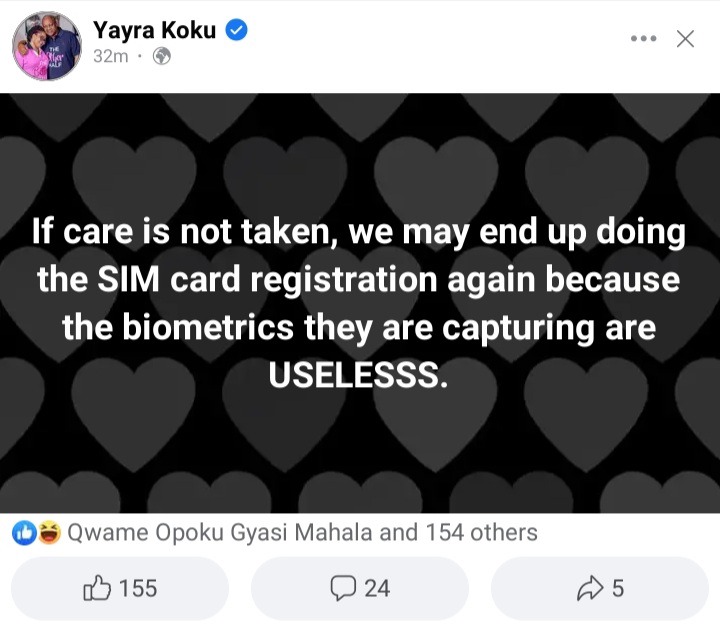 You Can’t Do That; Justin Kodua Sends “Strong” Message To Chairman Wontumi For Endorsing Bawumia