The Paramount Chief of Anfoega Traditional Area, Togbe Tepreh Hodo IV, reportedly got angry and banned the borborbor group from one of his towns. He boldly called the team off the stage after a young girl boldly stood infront of him to shake her Buttocks Wildly to the rhythm of the dance.

According to the Ghana Broadcasting Corporation Volta Regional representative, the chief picked up the microphone and told the borborbor group that he would never tolerate none of such ‘profane borborbor’ dancers.

The Paramount Chief had invited various Borborbor groups to perform as part of activities to climax their festive occasion.

Volta Regional indigens on social media hailed the chief for taking such a bold step. They backed him for stopping the adulterated borborbor dance.

” God bless you Togbui. Shaking of the Buttocks isn’t part of our dance. Indeed, you’ve done something to please our ancestors. They are happy with you ” One Efo Gregory wrote on Facebook to support the Chief.

If you love borborbor because of how the women shake their Buttocks Togbui Hodo has banned it !!!!!! 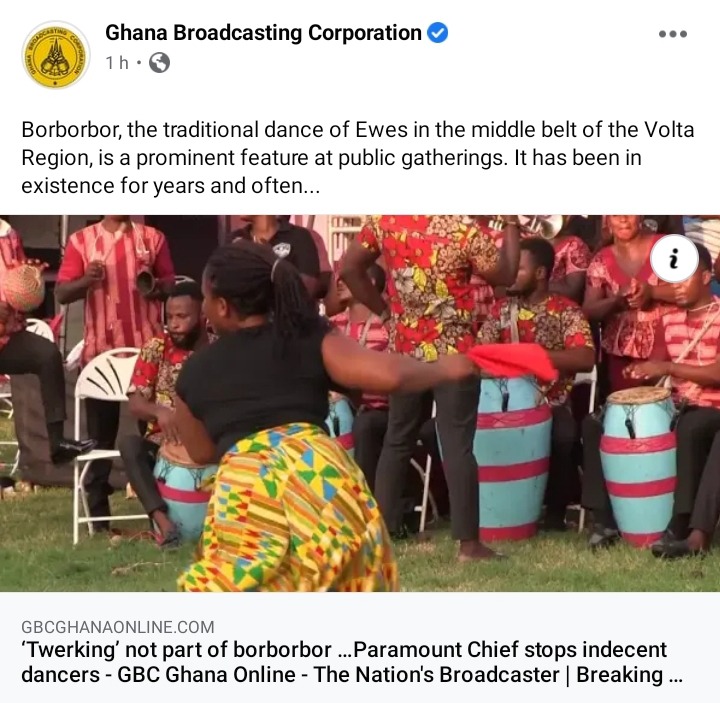 Alan Kyeremanten Shares Photo Of The Woman Who Gave Birth To Him. Check It Out