HomeEntertainmentVIDEO: Take A Look At What This Guy Was Caught Doing To A Female Statue
Entertainment

A young man probably between the ages of 25 and 30 years has been recorded on camera doing something strange to a female statue and many social media users after coming across this video couldn’t keep mute over it. If you watch the video carefully, you can see that this female statue is situated in a compound house. The statue is designed in such a way that the breasts of the lady are exposed.

The young man after coming across this statue couldn’t control himself. After checking around to see that no one is watching him, the young man was seen standing behind the statue and touching the breasts and the backside romantically. At a point in time, he was even seen embracing this statue romantically as if it is a human being.

Some social media users after coming across this video said that this man is a womanizer. How can you get a feeling for a statue? What at all is attractive about a female statue? 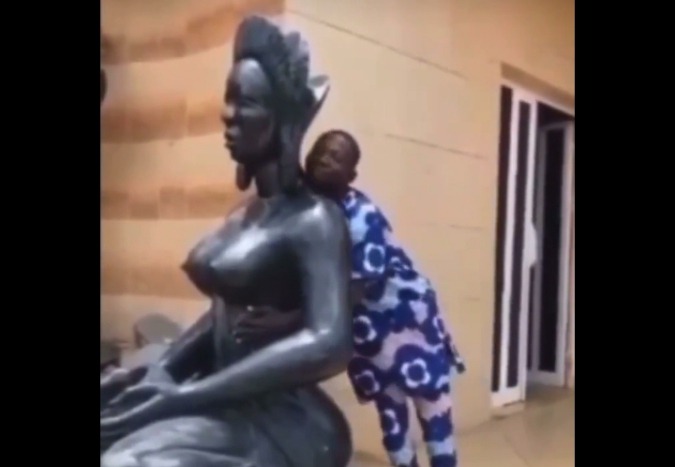 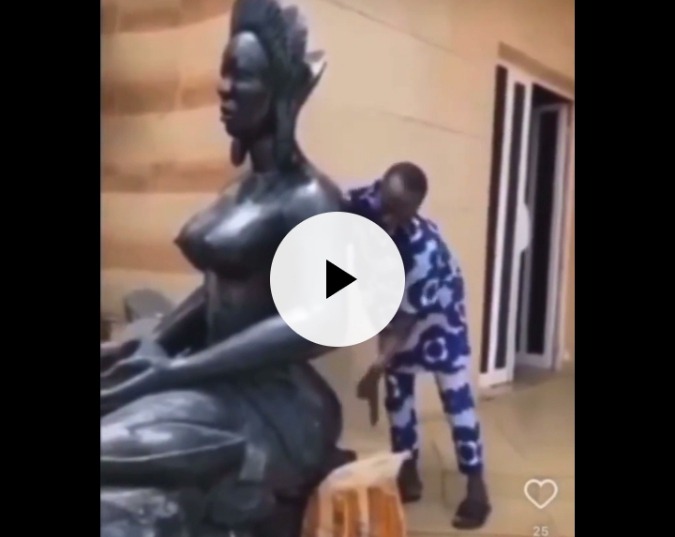 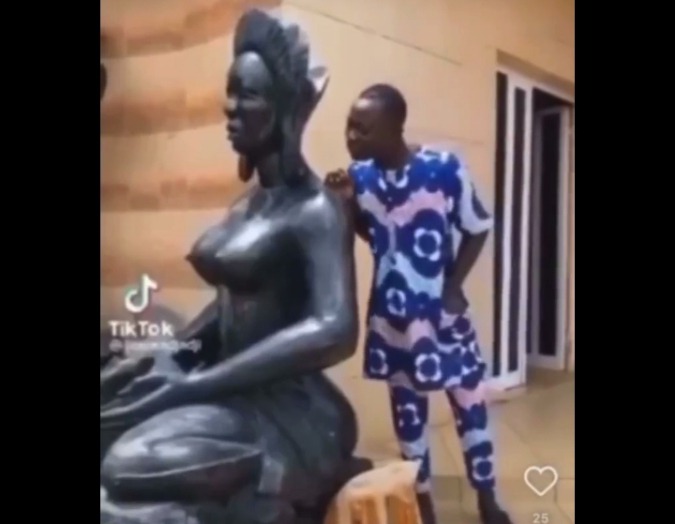 You can also watch the video through the link below:

Content created and supplied by: AmuasiNews89 (via Opera
News )

Dreams Can Affect Your Life: Check Out These 20 Dreams And Their Meanings.

Police arrest driver in connection with fatal accident on Elmina–Komenda…

Pep Guardiola Opens Up On Bernardo Silva Joining Barcelona; Here Is What He Said.