On August 1st, 1962, the President of Ghana, Kwame Nkrumah had stopped in the village of Kulungugu, in the Bawku District, on his way back from an official meeting with President Maurice Yameogo of the Upper Volta (Burkina Faso) at Tenkudugo. It is exactly 58 years today.

Due to some circumstances, the return trip was stopped at Kulungugu, for Kwame Nkrumah to acknowledge some waiting school children waiting to catch a glimpse of him.

As a schoolchild was approaching the president with a bouquet of flowers, according to one account, his military bodyguard Capt Samuel Buckman, hearing the ticking of a timing device getting louder and closer, instinctively wrestled the president to the ground, a split second before the bomb exploded.

Teiko Tagoe, one of the young members of the grenade throwing squad was the first to be arrested after the Kulungugu bombing. It’s he who mentioned the names of the men behind all the bombings at the time.

The UP guys had gone to Asaaba Quacoo’s house in Accra for leisure one evening when Teiko Tagoe boasted about how they’re tormenting Nkrumah’s government and nobody could catch them. His friend, Antwi who had heard of the £5000 state security promised to give anybody who gave them valuable information went to report Teiko Tagoe. 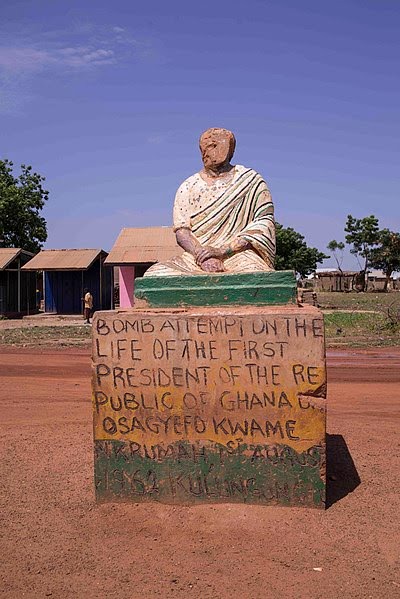 Further investigations paved way for the 1963 Treason Trial where Quaye Mensah admitted giving a grenade (bomb) to Teiko Tagoe but argued he didn’t ask him to detonate it. He also said they chased Nkrumah with grenades because they wanted the restoration of multiparty democracy.

He appointed Justice Sarkodiee Addow to lead a new panel to do the 1964 Treason trial that convicted the suspects and sentenced them to death.

On three occasions, attempts to kill them failed owing to the unavailability of the medical officer to check them before their execution and other factors. So, they weren’t killed till Nkrumah suffered the 1966 coup, and they got freedom.