The opposition National Democratic Congress today, Tuesday, September 20, 2022 organized a press conference at their headquarters. The party expressed their dissatisfaction with the Electoral Commission. The EC and NDC have been on loggerheads for many years now. The NDC have consistently tagged the EC as biased and blame them for their loss in the last election. The EC have denied any wrongdoing though.

At the press conference today, Samuel Ofosu Ampofo mentioned that the NDC are not happy with the new Constitutional Instrument that is to be presented to Parliament regarding making the Ghana card the sole form of identity for voter registration. He boldly stated that the EC have bastardized IPAC and turned it into a puppet . He noted that the NDC will use every legal means to fight and make sure this CI is withdrawn. 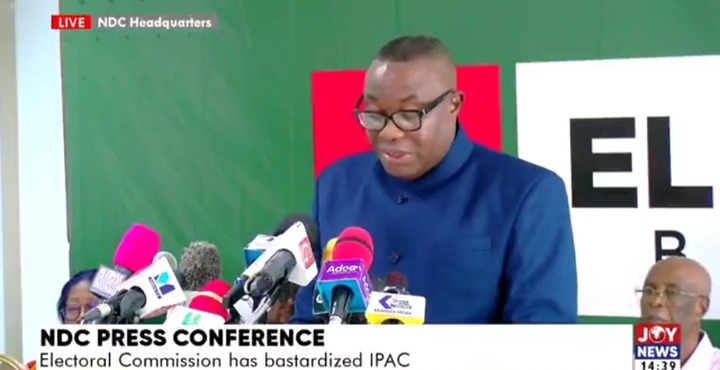 Questions were posed by journalists after presentation. One of the journalist questioned what the NDC mean by using any legal means to shoot down the CI. The journalist explained that the NDC say they don’t trust the EC, NIA and the Judiciary and so queried what legal means the NDC intend to employ then.

This question apparently startled Ofosu Ampofo. According to the NDC National Chairman, the NDC have a number of options to deploy. He stated that this is not the time for the NDC to open up on those plans but insisted that when it gets to that time the NDC will meet the EC boot for boot and ensure that the CI isn’t passed. 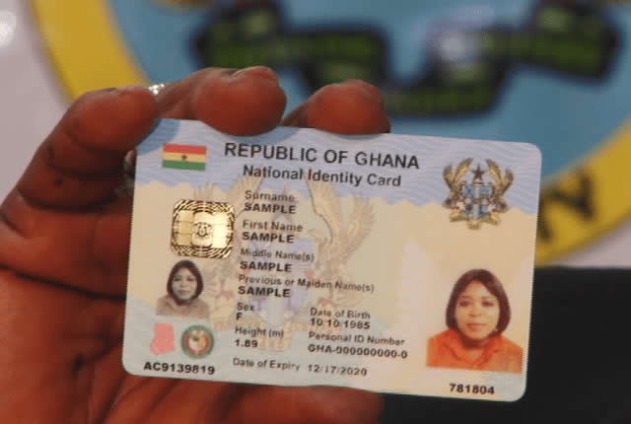 The CI is yet to be presented to Parliament. According to the ECC registration will open early next year and Ghanaians will have till October 2024 to get their Ghana cards and use it to register before the next elections. The NDC however disagree and state that the NIA is under pressure and cannot complete this mandate and as such kicked against this new CI to use the Ghana card. They claim the EC wants to rig the elections using this strategy.

“Body enhancement will kill you. I’m Lucky To Be Alive”- Vera Sidika says after releasing her assets

You Will Not Make Heaven If You Use Condoms, You’ll Go Straight To Hell – Pastor