It was an exciting moment. Although they were all mourning, it turned out to be a moment of felicitations and exchange of pleasantries when President Nana Addo Dankwa Akufo Addo, Doctor Mahmoud Bawumia and John Dramani Mahama met face to face at John Ndebugri’s funeral.

BEHIND KYEI MENSAH BONSU US MAHAMA AND ADDO AKUFO. BAWUMIA WAS ALSO THERE

With this lovely picture of our leaders, if anybody feels like fighting because of politics, I hope that the person will have a second thought. This is because, all our leaders are united aside politics.

Other Dignitaries who mourned with Nana Addo Dankwa Akufo Addo, Doctor Mahmoud Bawumia and John Dramani Mahama were ministers of state, Parliamentary leaders Haruna Iddirusu and many others.

This is how Kyei Mensah Bonsu captured the moment on his official Facebook page. 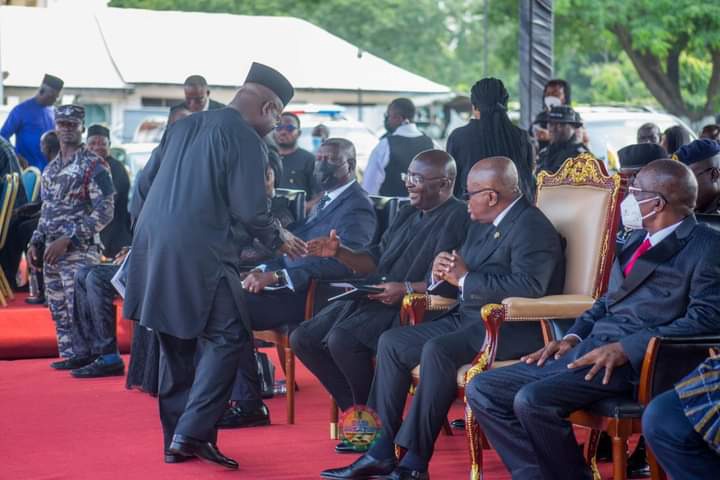 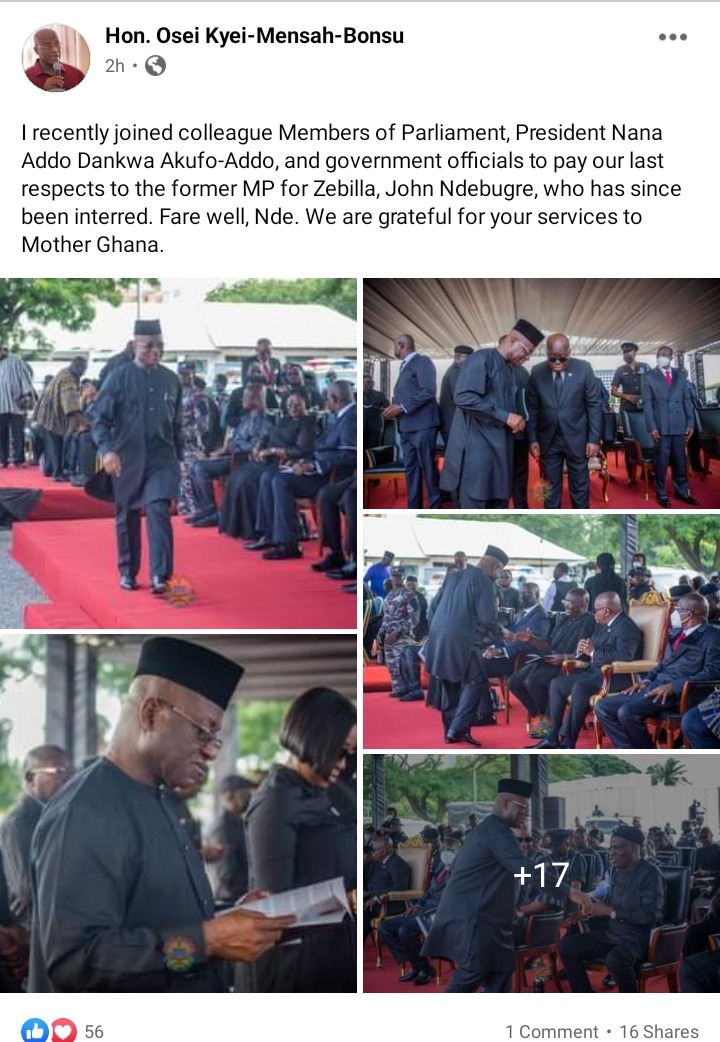 How woeful Manchester United were dismantled by ruthless Brentford