A young lady and her boyfriend probably between the ages of 20 and 30 years old were recorded on camera doing something strange in their car and many social media users after coming across this video couldn’t keep mute over it. The lady decided to seduce her boyfriend with her backside to see how he would react.

If you observe the video, you can see that the guy was seated in the driver’s seat and the lady was also seated by him. The young lady pretended as if she was taking her nose mask from the back seat of the car and intentionally put her backside on her boyfriend’s face. The guy made an attempt to respond to the seduction from his girlfriend but the lady sat down. 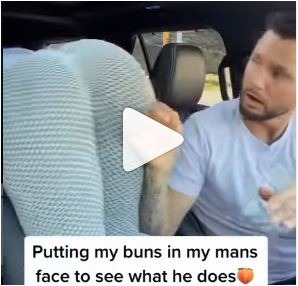 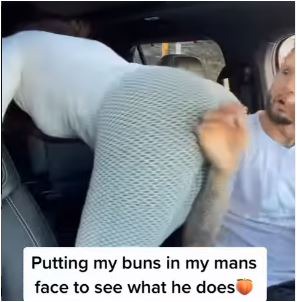 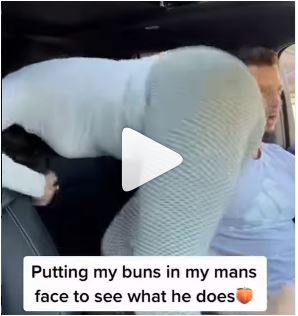 You can also watch the video through the link below:

Content created and supplied by: SamuelPowellNews (via Opera
News )

“Ghana Is 1 Step Away From HELL FIRE”: Party Bigwig Tells On New Rating; Backs His Claim With Evidence