At some point age become a mere number. This means a person should no longer be judged on how many days they have spent on this earth or how many years they have spent under the sun. People who are known to be very young and less educated or experienced are doing things that can not seize to amaze the world at the moment. There have been a smooth ride in various economies concerning ages and it’s relation with employment and chances.

In Ghana, a person must have a specific age or a number of years in an experienced field to be given a position but this is something that seems to be going down the drain as time goes on. People have become open minded about these things and are giving opportunities to the young ones and are not regretting it. 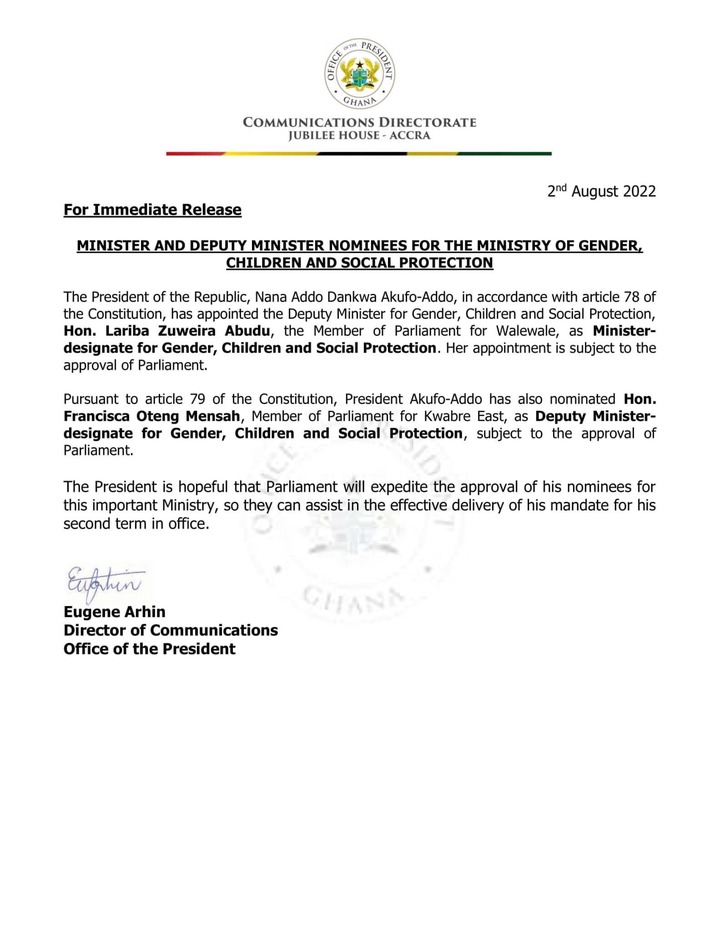 The newly appointed minister for , children and special protection has stunned Ghanaians with not only her beautiful and young looks but a background which is worth applauding. She seems to be a perfect fit for a position which has been taken back from government from honorable Adwoa Sarfo.

An interesting revelation by a colleague who claims he had the newly appointed minister as his mate way back in school has surfaced and is causing some stir. There are humble beginnings for most hard working and committed perosns in government, and these are times when we get the chance to acknowledge them and their works.

A young man on the internet during his reaction to a tweet from the ministry of information revealed that he had attended the same school with her in Kumasi. He added that even though being given a ministerial appointment, he who has been a colleague of hers in the same country is not had the chance at an assemblyman position. 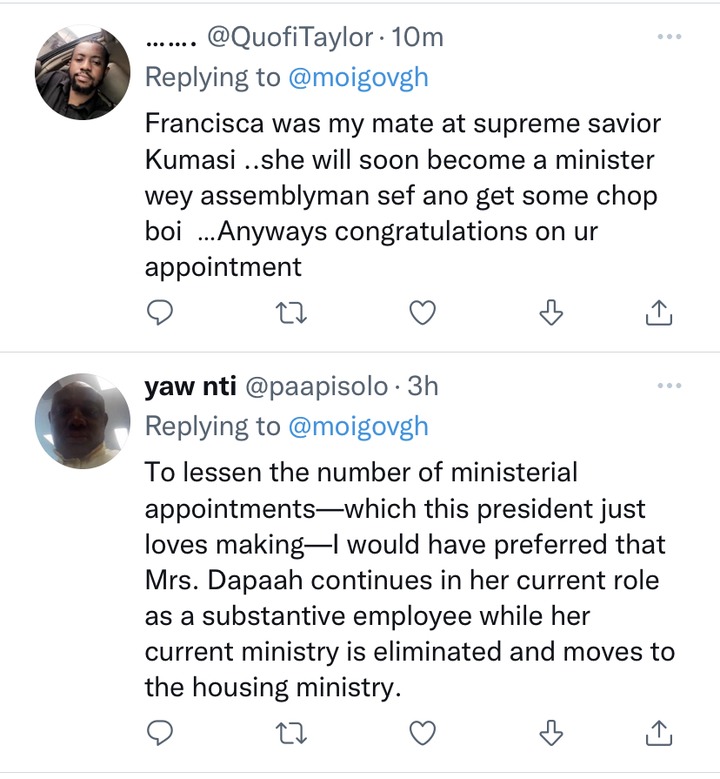 The sarcastic reply revealed some facts about her and how far she has come to represent women and government in this position. It also throws more light on the different paths taken by these two school mates and how these choices have affected their lives.

“Still has to prove himself”