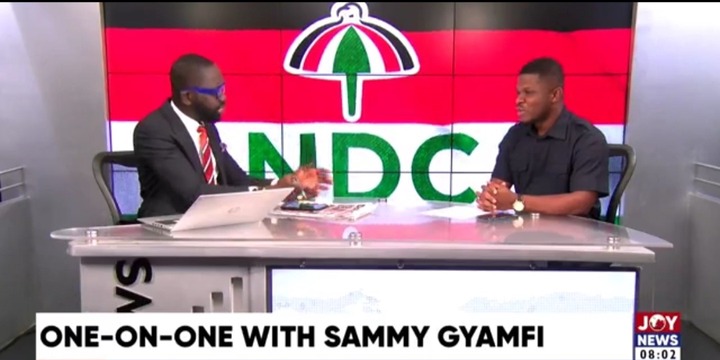 On The AM show today, Monday, September 19, 2022, Benjamin Akakpo questioned Sammy Gyamfi about the internal elections in the party and how the NDC intend to rescue the country when they have internal wrangling within their party. Sammy explained that aside a few hiccups which are normal, all the candidates are cordial with each other. He mentioned that Ofosu Ampofo, Asiedu Nketia, Kwabena Duffour and other candidates are all at peace with each other. He boldly stated that the NDC are the only savior left for the country and so it was necessary that they remain a united party.

“At the end of the party’s elections, the NDC will be victorious, united and bring all hands on board and capture power. The entire nation and future generation are looking unto us. The young people in this country are tired and they are yearning for a rescue. They know it is under the NDC where they will see true development in progress” Sammy said.

Sammy debunked any attempts at apportioning blames to exogenous causes. He blamed the IMF for sitting aloof and not diagnosing the real problems of Ghana. Sammy called on Ghanaians to be hopeful because the NDC are coming to liberate Ghana and bring true development.

Apparently, many will not be so happy even with Sammy’s words. The NDC are not a new party and have been in power before, but what has been the benefits? Most Ghanaians are disillusioned with the promises of successive government and how many of these promises are yet to be fulfilled. Are the NDC a better alternative to the ruling NPP?