Host of TV3 New Day show, Johnnie Hughes has dropped some revelations that may seem shocking to many. 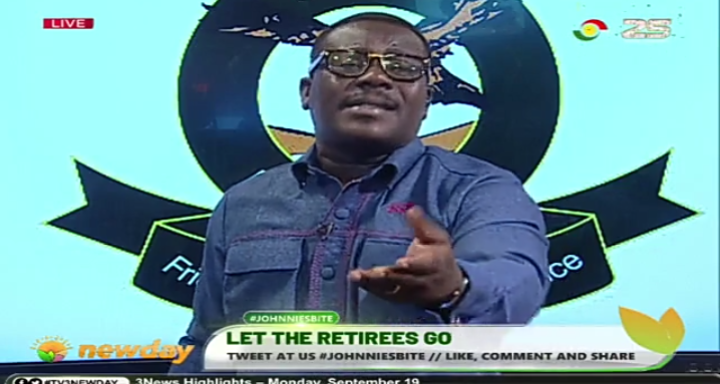 Speaking on Johnnie’s Bite show this morning, Johnnie Hughes clearly revealed that Joseph Armstrong, news reporter at TV3 was assaulted by some officials at the Ghana Immigration Service.

According to Johnnie Hughes, the reporter was invited at the Ghana Immigration Headquarters to have an interview with them. According to Johnnie Hughes, the reporter went there only for him to be beaten by some of the Immigration officers. He added that the officers later called the media house to beg them because of how they treated their journalist.

“I know that you beat up our reporter, Joseph Armstrong. Oh yes, you beat him up. You granted permission that he should come into your premises and later there was a call that he should not be allowed and he was beaten at the Immigration Service headquarters. I know you beat him up and you made calls to beg. When we talk about issues, stick to the issues, bring counter facts” he said.

Johnnie Hughes served strong notice to the Ghana Immigration Service and urged them to do the needful because he is ready to expose some of their corrupt practices to the public.