The entire country has been thrown in the state of mourning after the vice president announced the passing of prolific veteran politician who imparted much in the New Patriotic Party during his time.

Hon Haruna Esseku was the member of parliament for Awutu Senya, who served his constituency with diligence and selflessness.

He rose in politics to become the chairman of the New Patriotic Party in 2001 and minister.

Chairman Esseku was an industrious son of Ghana who served diligently as a Member of Parliament and also Transportation and Communication Minister in the 2nd Republic.

He was a founding member of the New Patriotic Party (NPP) who represented the Awutu-Effutu Senya District and again became the National Chairman in 2001.

His impact in the New Patriotic Party and the entire country cannot be overemphasized. His contribution in his constituency and his ministry has changed the face of Ghana politics for good.

The vice President took it to his Facebook page to mourn with the family. 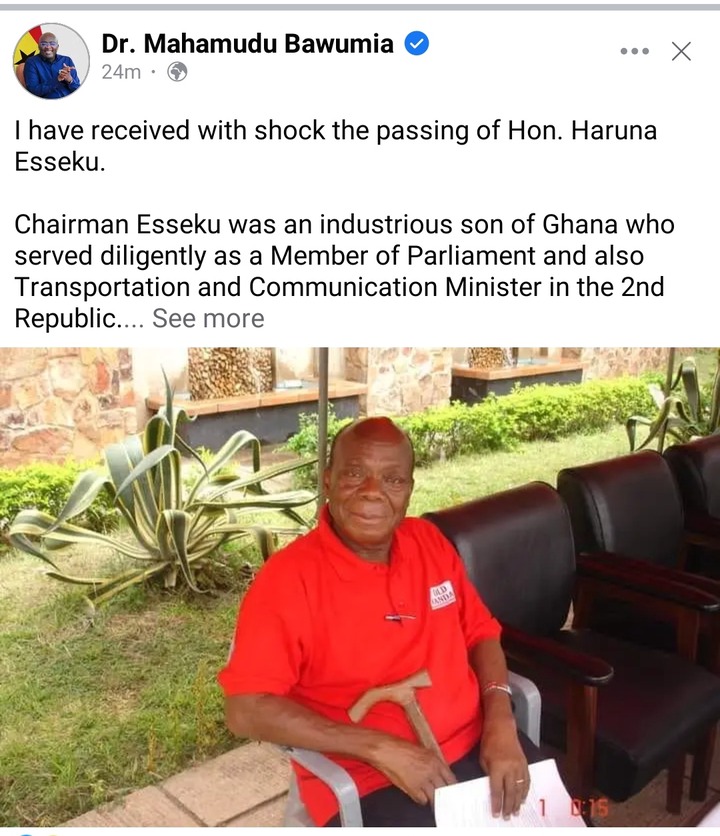 My condolences to the immediate family and the NPP. May Chairman’s gentle soul find peaceful rest.

2022 Ballond’Or Nominees Without Messi And Neymar On The 30-Man Shortlist.

Second-hand smokers are in more danger than they realise

Janneke Schopman’s hands-on approach has bought the best out of me: Jyoti