HomeNewsSad: Another Sad News Hit NPP As A Bigwig Is Reported Dead
News

Death has once again done the unexpected and this round it has taken away a statesman of the nation. This news comes as a big blow not only to the party he belongs to but to the nation as well because the deceased once served as a minister of transport and communication in the Second Republic.

The New Patriotic Party has lost one of its heroes who was elected as a national chairman in some time past. His death occurred yesterday the 3rd, of August 2022. Haruna Esseku is a household name in the late 90s and early 2000s and he was a staunch politician who contributed immensely to the ‘elephant’ family.

The younger generation of politicians are yet to learn from his experience and death has denied them the chance to do so.

As announced by Citi Fm, the octogenarian’s funeral arrangements will be announced later by the family and a burial date will be fixed soon. 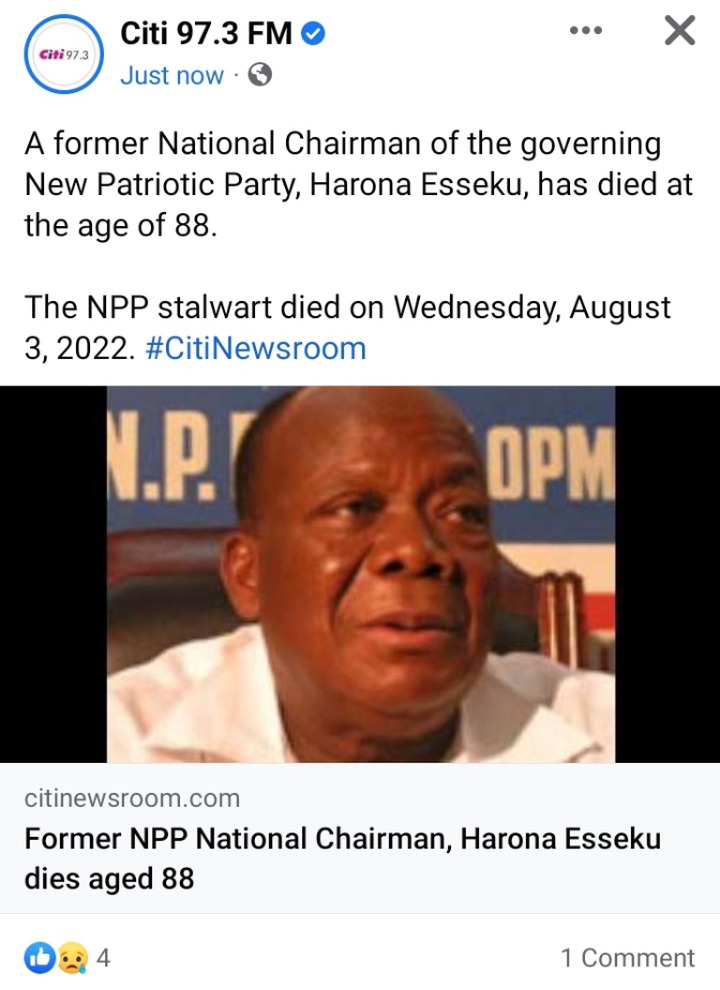 Tips & Tricks for Finding the Best in Online Entertainment