The founder and leader of Prophetic Hill Chapel, Prophet Nigel Gaisie has reacted to the just ended football game between Black Stars Of Ghana and the Brazilian National team. According to the man of God, the Black Stars team ‘spirit’ is gone. He added that the coach must try and bring on board some of the old players to the team. He believes that the team will be stronger again if some of the old or former players are made to play for the team. 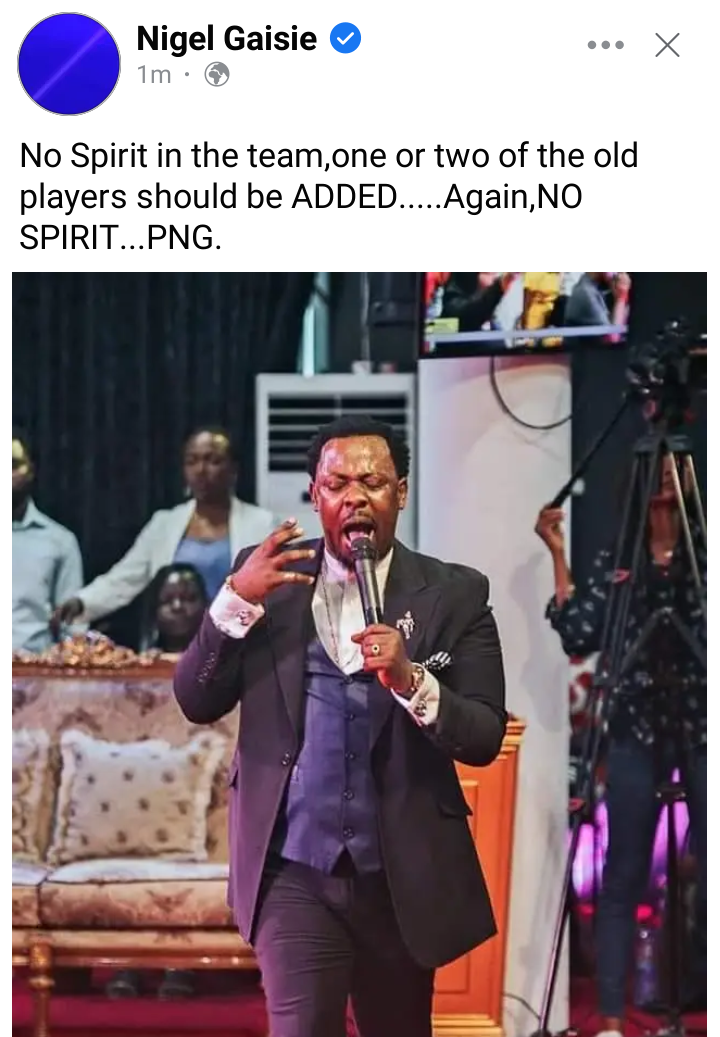 This comes after the Black Stars of Ghana suffered a massive defeat when playing with the Brazilian National team in a friendly match. The match ended 3:0 in favour of Brazil national team. A lot of Ghanaians on social media have hit hard on the Black Stars players for this defeat. They also blamed the management of the team and urged the coach to take away or bench some of the nonperforming players in the squad.

Both teams will be playing the 2022 Fifa World Cup, which will be played in Qatar this year. The slow start of the Black Stars could affect the team’s performance during the tournament. However, every game is believed to be lesson and the coach will surely learn the mistakes that were made and improve upon them.