It has been almost 6 years since the ruling NPP took office and yet the party chooses to blame the erstwhile Mahama government for some of their failures. The government partly also blames the effects of Covid-19 and the Ukraine Russian war for the way the country finds herself. Prices of fuel, power, water and other commodities keep shooting up by the day. 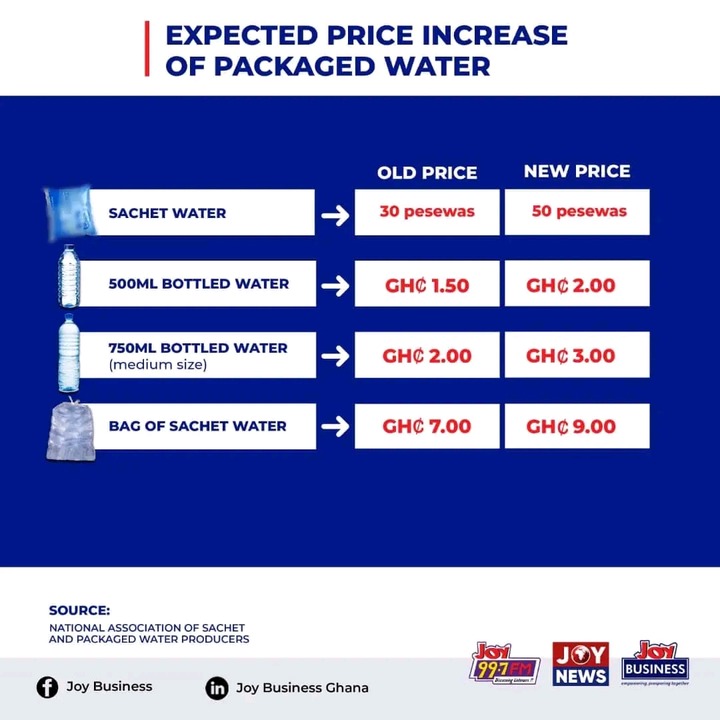 Packaged water is also expected to rise in the coming week. Well, Multimedia Ghana have put together a poster to show the increase price of packaged water in the coming week. Sachet water which used to go for 30 pesewas will now go for 50 pesewas. Already some sellers are selling it at 40 pesewas. The small bottled water measuring 500ml will go for 2 cedis up from 1.50 cedis while the medium bottled water will go for 3 cedis.

Interestingly, everybody’s favorite sachet water will have a bag going for 9 cedis, which is up from the former price of 7 cedis. Ghanaian have been reacting to these new prices. Though some messages are clearly of propaganda, it is clear that prices of goods do not know party colours. All Ghanaians irrespective of party affiliations will have to bear with these new prices. Some have blamed the economic whiz kid Bawumia for this while others contest the new prices and say that they buy it for less in their areas. Check out some of the comments. 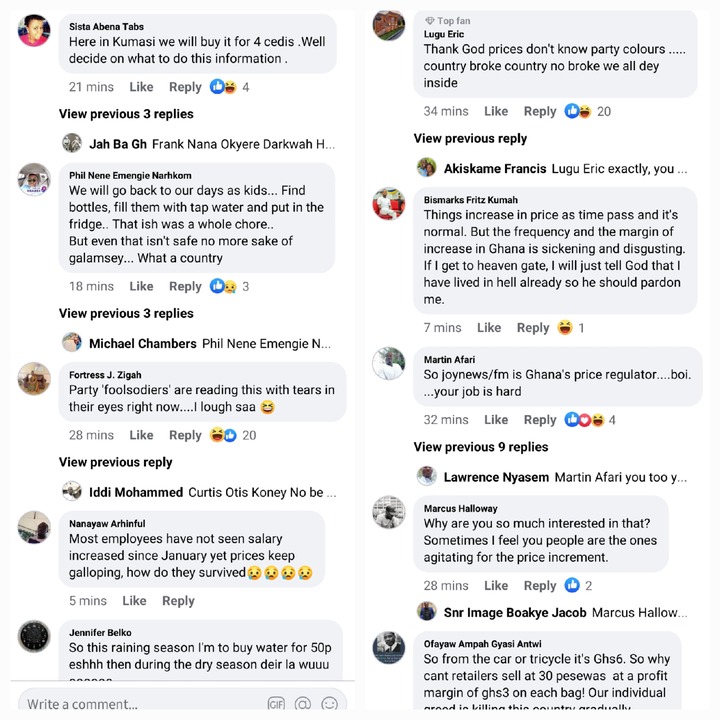