According to President Nana Addo, any bullet that hits the Ukraine people affects the pockets of Ghanaians and the world at large. In other words, everyone is affected by what is happening in Ukraine.

One of Ghana’s most popular journalists is Paul Adom Otchere. He has proven to be relevant for more than two decades and his editorial on his Good Evening Ghana Show has always been educative and exciting.

Paul Adom Otchere made some strong comments about the Russia-Ukraine war on his heavily followed Facebook platform.

He indicated that the war was ending with Russia grabbing more territories in Ukraine. Paul asked if the world would allow this to happen.

Well, in Paul Adom Otchere’s editorial with Bello, the two tried to analyse the vision of Putin as against that of the United Nations.

Even though Paul did not seem to agree with Belo, Belo noted that “the UN Secretary-General is only an employee of the United Nations”.

“The UN secretary general would not be able to make significant decisions without the input of the powerful Security Council that influences powerful nations like the United States”.

So what do Belo and Paul Adom Otchere want to reveal about the Russia-Ukraine War? 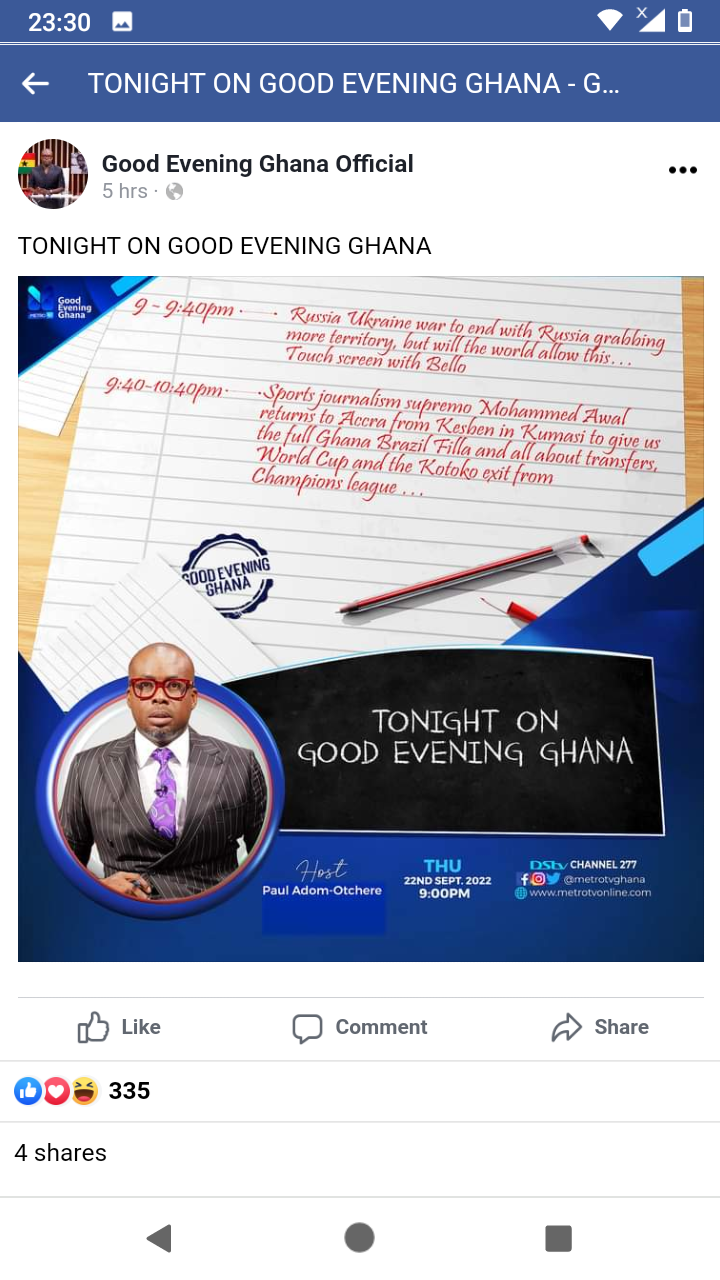 What are your thoughts on the ongoing discussion? Would the world Allow Russia to grab more territories in Ukraine? Is this question not too hard to be answered? 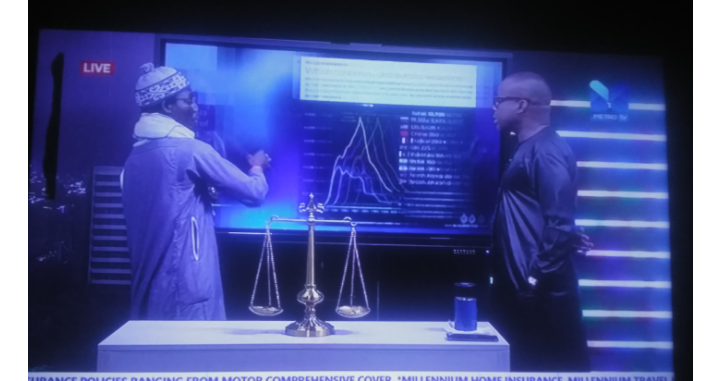