New opinion poll from Nsawam Adoagyiri constituency indicates the Majority Whip, Frank Annoh-Dompreh is losing the seat to the 2020 opposition Parliamentary Candidate if the elections were held today.

The incumbent is backed by 24% of voters compared to 71% for the opposition Parliamentary Candidate.

64% of voters rank the MPs performance as poor or very poor, hence a possible defeat awaits the incumbent member of parliament.

The situation is however different for Member of Parliament for Nsawam Adoagyiri where voters appear to have sealed his fate in the constituency as 71% of voters say they will vote for the NDC candidate in the 2020 election compared 24% for Frank Annor-Dompreh.

To compound his troubles and his ability to change the situation on the ground, over 80% of voters said they are unlikely to change their minds, meaning, rain or shine, they will vote him out.

The Nsawam Adoagyiri Constituency is one of the many possible constituencies on the radar of the opposition National Democratic Congress [NDC] hoping in adding it to their tally in Parliament in 2024. 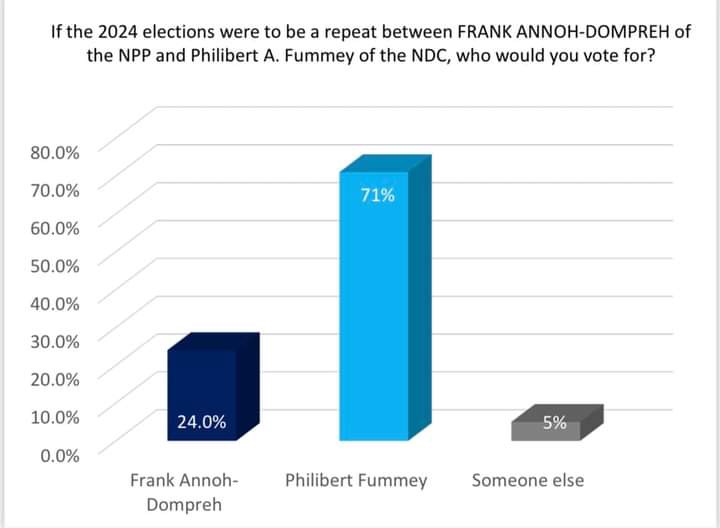 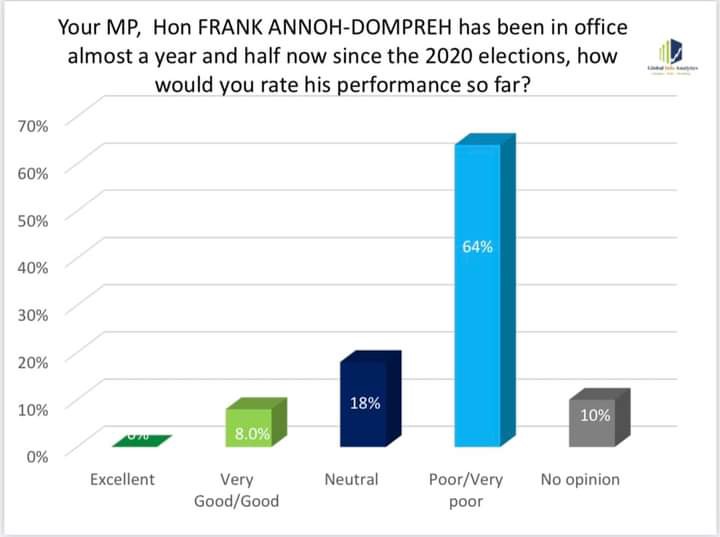 Content created and supplied by: BATACH (via Opera
News )

Accra hearts of oak’s Ghana premier league titles and the years they won them.

Take A Look At Exceptional Ankara Gown Styles For Ladies