Professor Ransford Gyampo, a political Lecturer at the University of Ghana, has insinuated that, the NPP government is more focused on packing for a possible exit rather than governing selflessly well. He believes that the breaking the 8 jinx by some NPP members is just an impression.

“Publicly, a few paint an impression that a certain EIGHT is gonna be broken but in reality they are focused more on “packing” rather than governing in a manner that sacrifices the quest for legacy in governance.”

Prof added that it’s not about breaking any EIGHT; and it’s not about packing for a possible exit. It’s about governing well and effectively discharging tasks reposed for the benefit of posterity.

“How have others handled a situation like the one we have on hand? Our leaders have traveled and have seen it all.” He added. 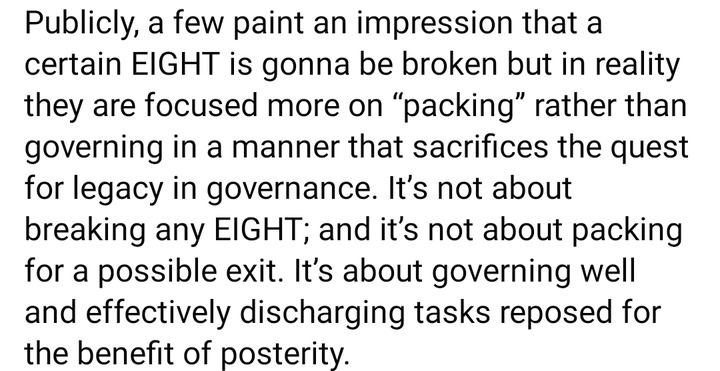 NPP believes that they may be voted in power again in 2024 to break the jinx created sin 1992 in which no political party has been able to rule more than 8 continuous years in Ghana. Following that NPP seems determined to do their best to beat this jinx.

However economic crisis and surge in prices of goods and commodities has however made people question if they could really break the eight with this current economic management.