HomeNewsNkrumah Memorial Day: Osagyefo Is The Only Thinking President Ghana Has Ever Had – CPP Man
News 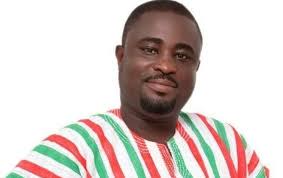 According to Mr Acquah, Dr Nkrumah’s government has been the only visionary leadership that Ghana has ever witnessed.

He says all the leaders that came after him have demonstrated a clear lack of focus and the thinking capacity needed to transform the country beyond the level Nkrumah did.

‘‘Oh yes, the CPP was a thinking government, we set up industries, the 7 years industrialization plan is there for people to see”, he said on Kumasi-based Ultimate FM on Wednesday.

‘‘Osagyefo after building the Akosombo dam said all regions needed a hydro dam to kick start industries in every part of the country, what do you call such a government?’’ he questioned.

Mr Acquah took a swipe at both the New Patriotic Party (NPP) and the National Democratic Congress (NDC), the two leading political parties in Ghana at the moment, for how badly they have managed affairs of the country.

‘‘Once upon a time, a thinking government brought the state farming, the government went into farming to feed the citizens, today most of the causes of high inflation is in the agricultural sector’’

‘‘How do you expect the ordinary Ghanaian to survive in this hardship,’’

‘‘The CPP, was a thinking government, since the inception of the 1992 constitution, the NPP and the NDC are not thinking, I don’t want to say they don’t have brains but they are not thinking’’ he said

‘‘This is what they do, they get a little money, they spend it haphazardly, they go to the IMF and tell them that we have come to teach us what to do, give us credibility policy and all those things’’.

The CPP National Youth Organizer further advised the current political leadership to adopt Dr Nkrumah’s vision since they have shown a clear lack of same.

‘Osagyefo Dr Kwame Nkrumah set up supermarkets, ask the NDC where are they? Today you go to Kumasi mall, Accra mall, and you see the Chinese malls and all those malls. Where are our state malls? We are jokers. I am telling you again, once upon a time there was a thinking government. What we have now is the government which doesn’t think’’, he said.

September 21, the day Osagyefo Dr Kwame Nkrumah was born, is marked each year to remember the legacy and achievements of Ghana’s first President and founder of the CPP.

Here Are Some Brazilian Players Who Made Lots Of Great Achievements For Fc Barcelona.

Here Are Some Great Players In Europe Who Were Rejected By Chelsea Football Club.