The mother of the student nurse who was abducted and killed in Mankessim has spoken out.

The mother of Georgina Asor Botchwey, a student nurse who was abducted, killed and buried at Mankessim in the Central Region, has made a statement.

The 25-year-old nursing student was abducted and killed in Mankessim by a chief and a pastor named Michael Darko.

The mother, who lives in Yeji in the Bono East Region, told Asempa Fm that her older daughter, Doris, called her two years ago to tell her that a man wants to marry her.

The man is Michael Darko, the preacher who, along with the Chief, abducted and killed Georgina Asor Botchwey.In order to seek for her hand in marriage, the pastor followed Doris to yeji and stayed there for a while.

After staying in Yeji for a few days, Doris complained that her bag had been tampered with when she woke up one morning.

The pastor’s bag was also missing from the room, and the bag was indeed damaged.Georgina Asor Botchwey notified her mother about her suspicions about a girl who stays with them, but the girl denied it.

The preacher left and did not come back to formally wed Doris.In September 2022, Georgina Asor Botchwey traveled to Cape Coast to take tests for nursing school.

Georgina Asor Botchwey’s family were informed that it was Doris fiancé, the pastor, who had gone looking for her in the school after she vanished.The pastor denied it but volunteered to assist them in finding her. However, he would need his spiritual father to give him 150 million old cedis in order to do so.

The mother claims that her personal pastor gave her a call and advised her to confront Doris’s fiancé because he thinks he knows where Asor is.

On Tuesday, September 20, 2022, the pastor’s older brother went to his house to try to force him to confess.He admitted to kidnapping Asor together with a chief in Mankessim after receiving a few slaps 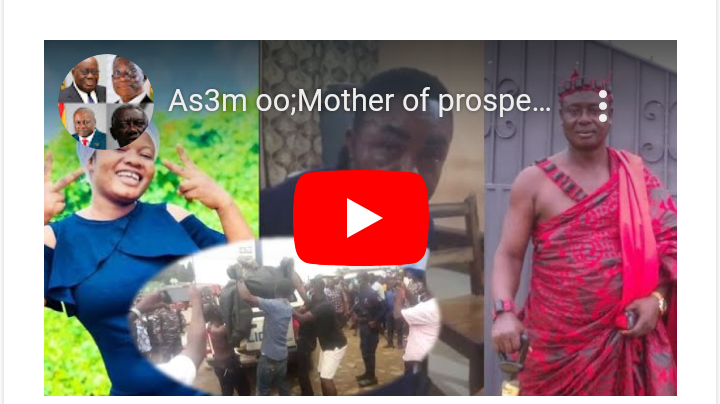