Wizo has left many in shock after marrying triplets. He claims that he fell in love with one lady but he ended up marrying her two sisters. Luwizo, a 32-year-old got married to triplets, Nadege, Natacha, and Nathalie, in one special wedding ceremony on the same day.

Speaking in an interview with AfriMAX TV, he revealed the reason for his decision stating that he is unsure if people are happy for him but the day is special to him. The man said he was shocked to meet three identical women after visiting Natalie’s house to formalise their marriage, and they told him to marry them. 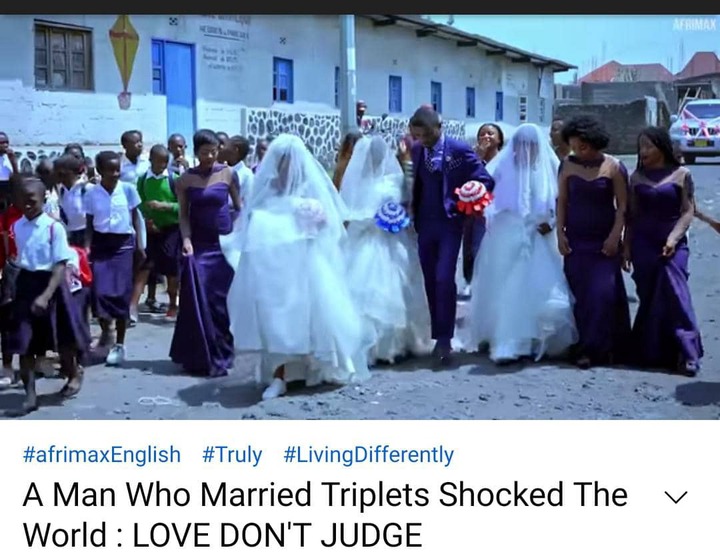 Wizo claims that he met Natalie, her girlfriend, on Facebook, where they fell in love after a few months and began making plans for their marriage. He met her other two sisters, Since the triplets could not be separated & leave without each other, it would be unjust for Wizo to try to separate them. 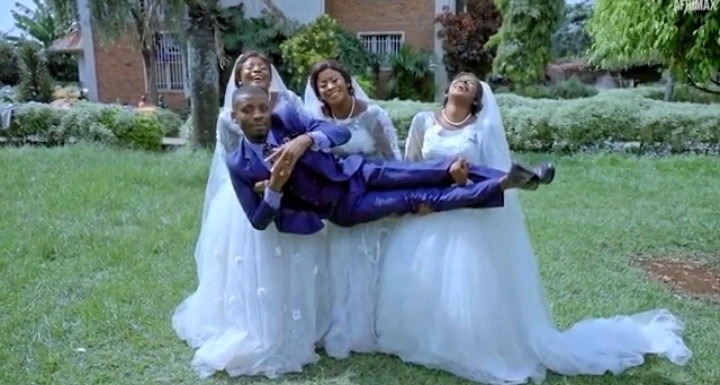 So he met Natalie’s sisters and they agreed him to marry them. Wizo has chosen to wed the triplets, claiming he is delighted to have them as his brides. He states that the news of his marriage to three triplets shocked everyone in his family, and many now suspect that he is suffering from some sort of mental illness. 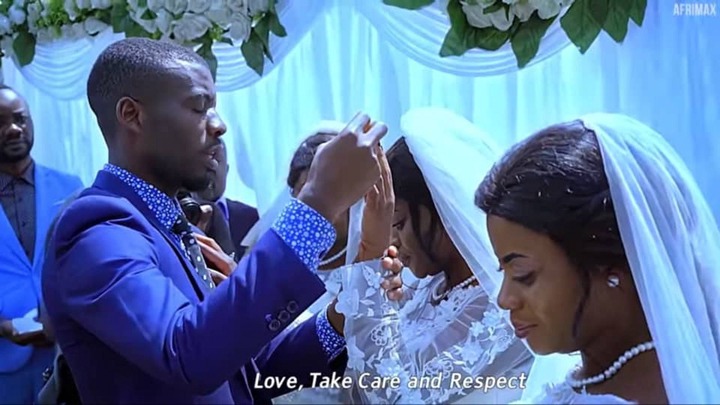 He said his family disowned him and none of them attended their wedding but he had no choice because the triplets vowed to marry same husband. Wizo assures that he has no regrets about marrying triplets and that he will be an excellent husband. Also, the triplets say that their union with one man means that no one will ever be able to separate them.

The “modern” woman thinks submission is only about cooking