Uncle Ebo Taylor is an 86-year old highlife legend who is still travelling around the world to sell his quality music. His songs have remained relevant for several decades.

TV3 Ghana posted a picture of Uncle Ebo Taylor on its heavily followed social media platform. The post shows the musician with his guitar as he lifted his hands during one of his performances.

Interestingly, the post also reveals that Uncle Ebo Taylor has made some strong remarks on how to stay younger and longer.

Well, Uncle Ebo Taylor is quoted to have asked his listeners to stay away from sex if they want to live longer. Is sex not prescribed for married couples?

Why is Uncle Ebo Taylor asking his listeners to avoid what God has asked man to do?

Many Ghanaians across the world have reacted vehemently to the remarks and have passed interesting comments. 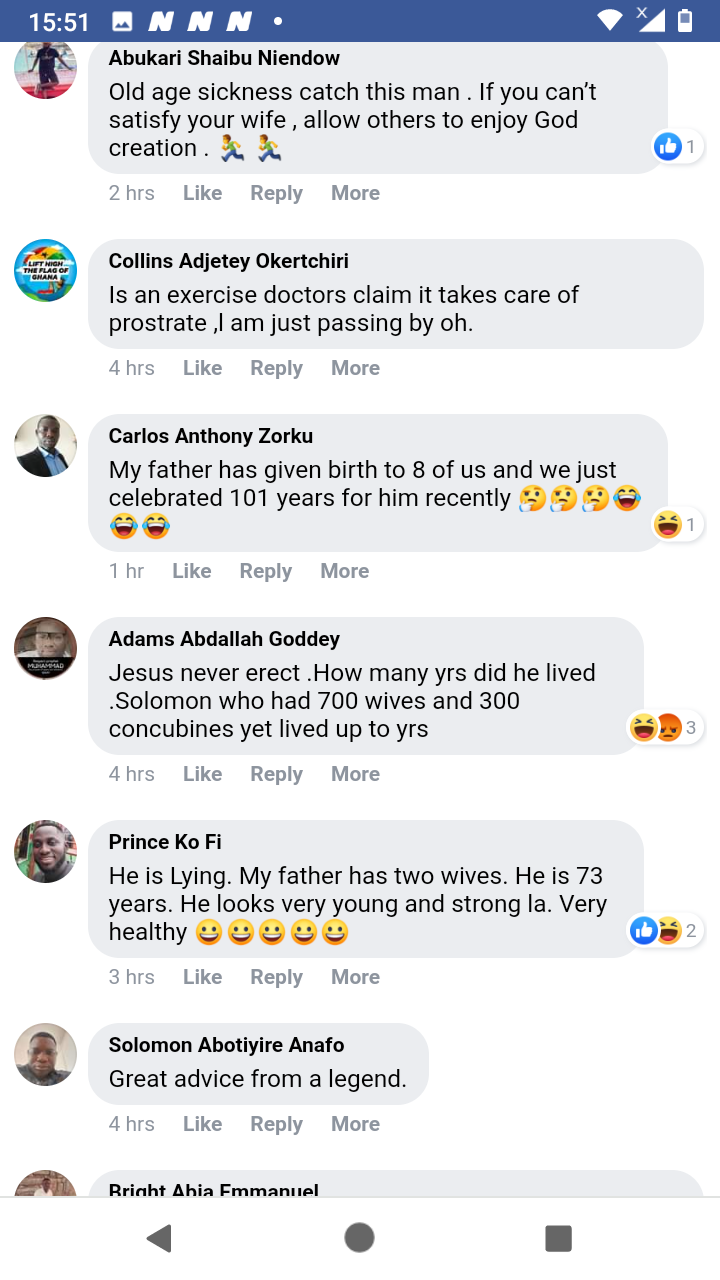 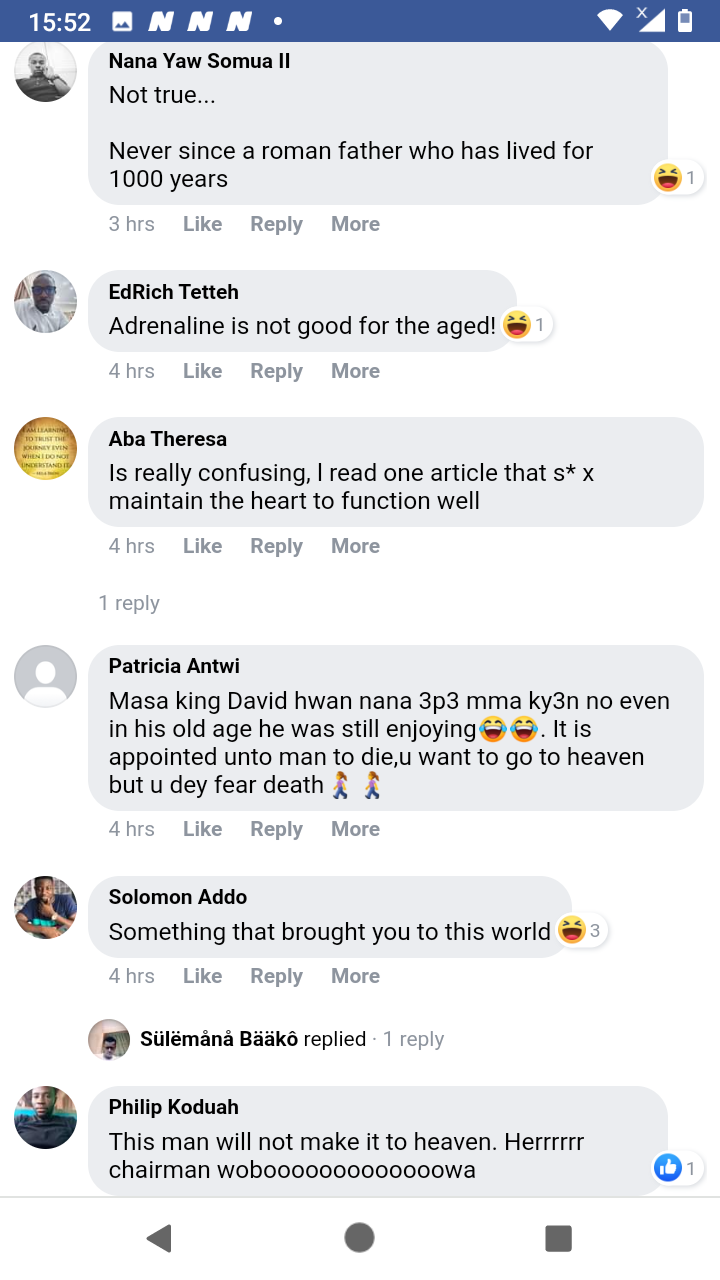 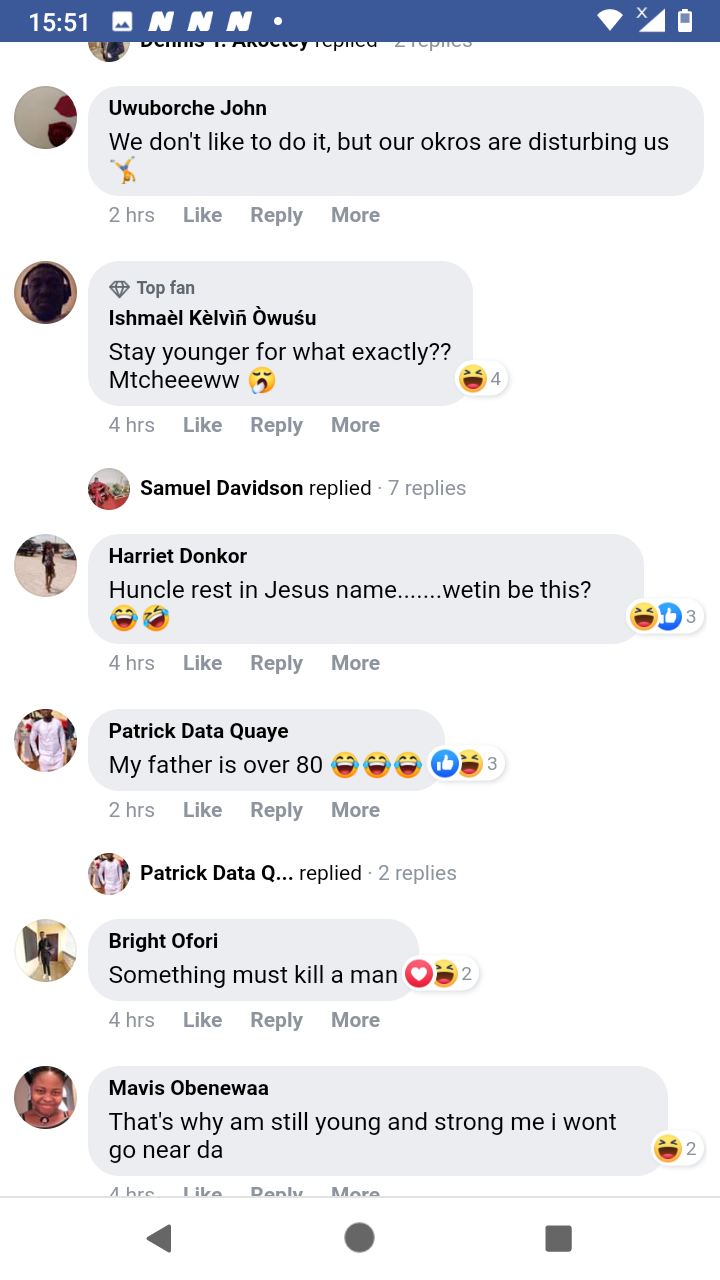 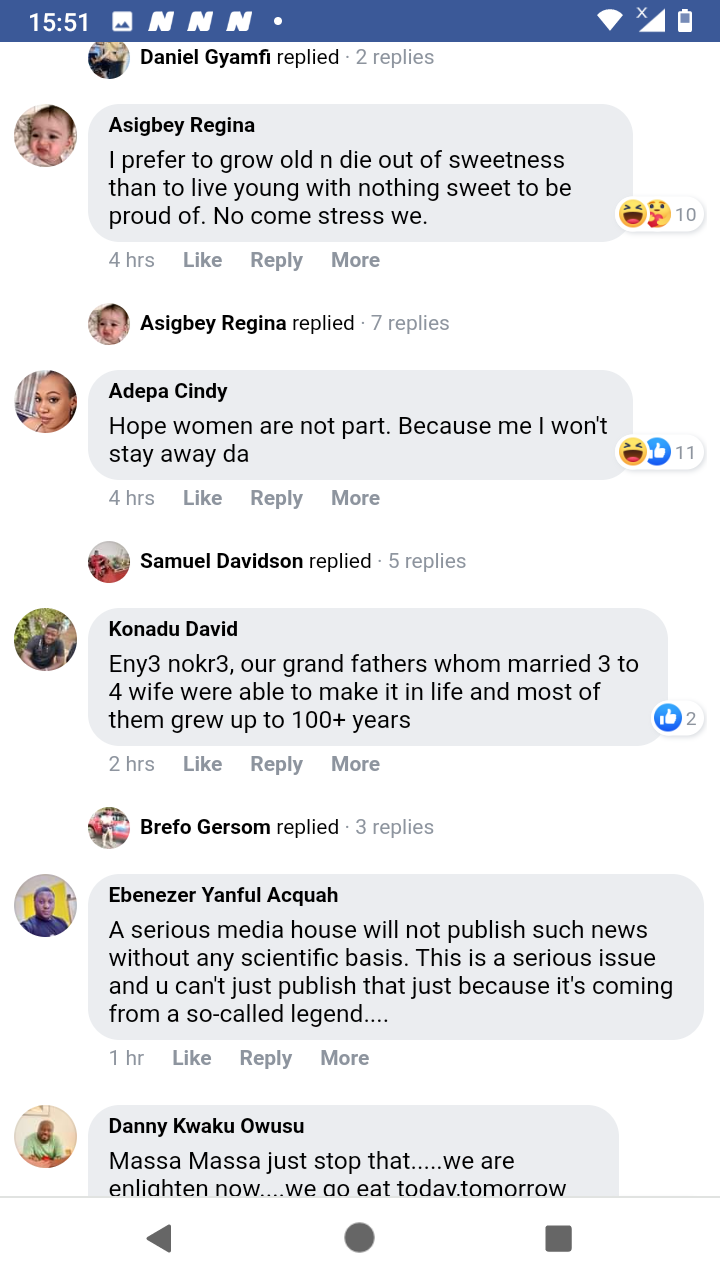 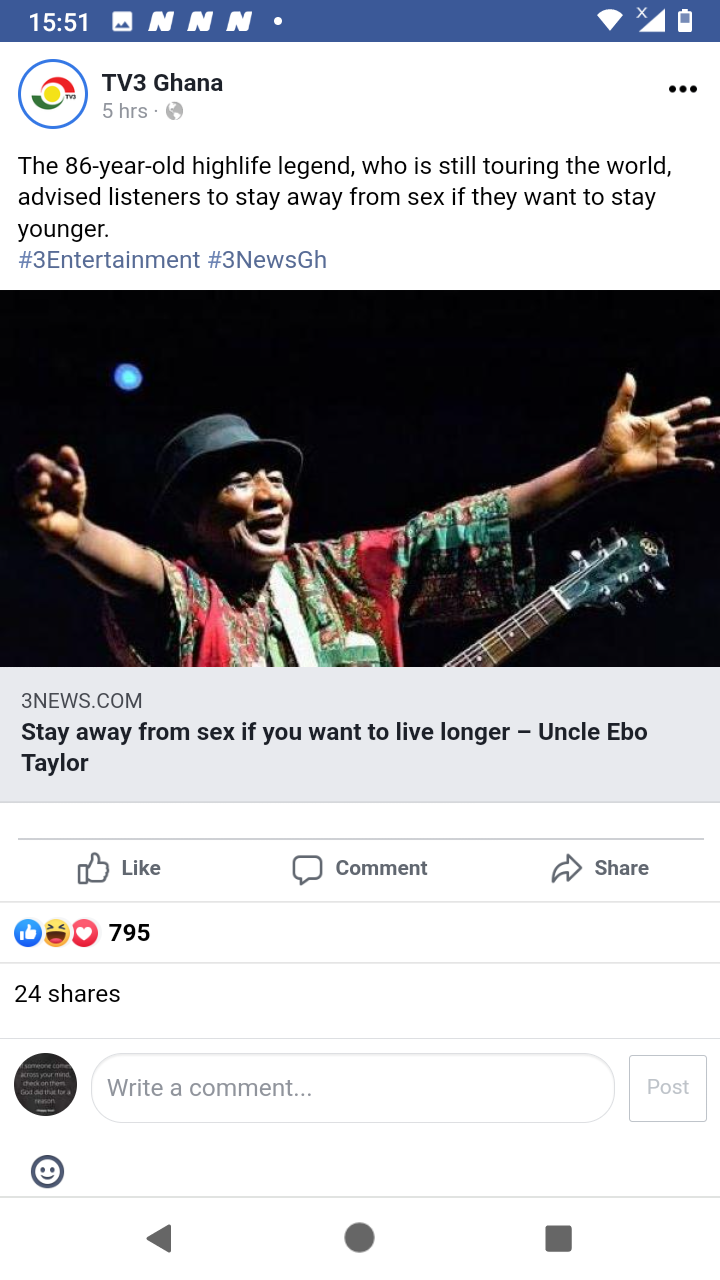