Ghanaian entertainer turned politician, Kwame Aplus has said that the retiring CID director, Ken Yeboah supervised many killing and cover-ups during his time and now it’s time he pays back handsomely.

In a statement on his Facebook page, Kwame Aplus said five innocent young men were murdered in Gomoa Fetteh but the police covered up the incidence but shooting in their own vehicle to fake attack.

He said under Ken Yeboah’s watch, police officers who were being investigated for their alleged involvement in bullion van robbery where the main suspect killed mysteriously

“This is the reality of life! It’s time to account for everything you did. Anyone who takes a life, directly or indirectly, or support the taking of an innocent life will suffer and die a miserable death eventually if they don’t confess and pray for forgiveness” part of his statement read.

He bemoaned how many innocent people died under the hands of police officers who were supposed to protect them. 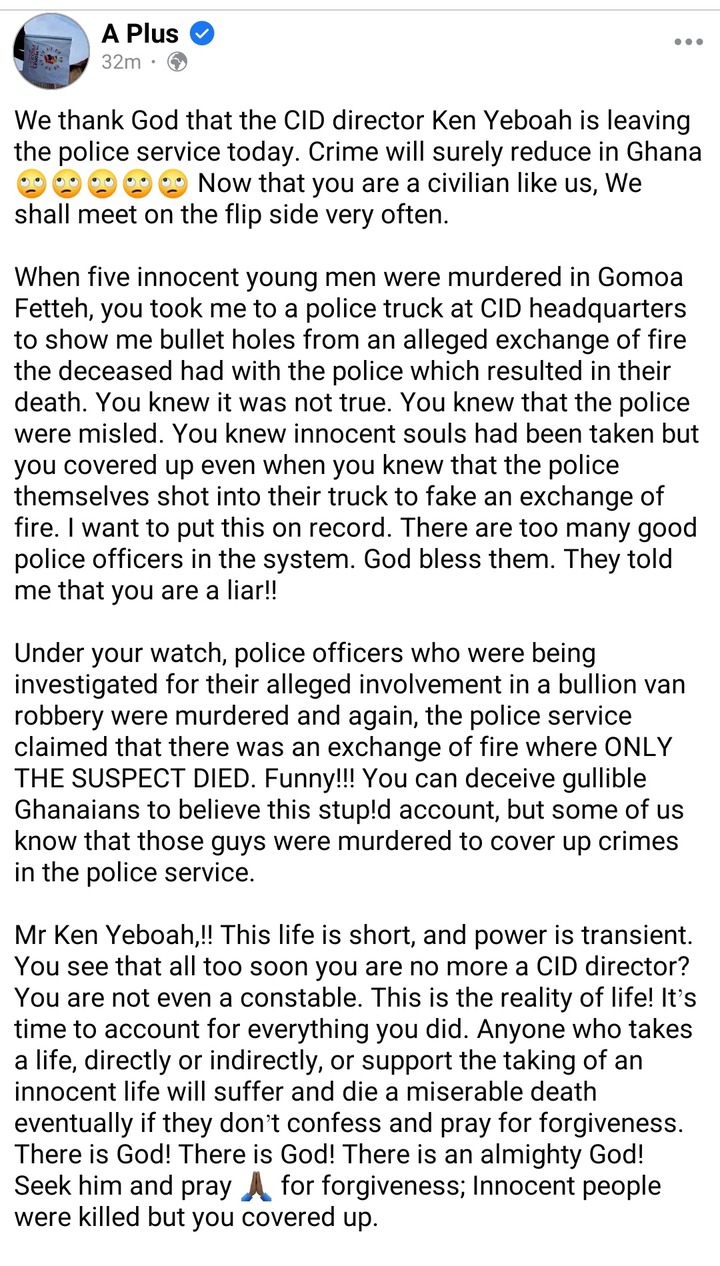