Mufida, a lady from Togo recounted on how her boyfriend forcibly slept with her after she went to visit him at night. According to the lady, she traveled to Kumasi years ago to work. She joined her friends and started working as a head porter at the market. Mufida revealed that she saved her daily earnings and started learning dressmaking.

One day she met Naziru Shewu on her way to the workplace, the man proposed to her and promised to marry her soon. Mufida said she was not having a proper place to stay, and even feeding herself was difficult for her whilst she was learning the dressmaking. Upon a second thought, she decided to date the man so that he can help her financially but she made her mind not to sleep with him till they get married.

Although he took good care of her but she never paid him a visit. One evening after she closed from work it started raining heavily and couldn’t go to where she was staying so she went to visit Naziru at night. But the unexpected thing happened, her boyfriend forcibly slept with her at that night.

The lady added that she found out she has conceive for her boyfriend after she traveled to her brothers place at Manso. Mufida says she was not having any option but to stop learning dressmaking and give birth. The man too stopped catering for her when he found out that she has conceived. Her brother advised Naziru to perform his responsibility but he insulted the brother. 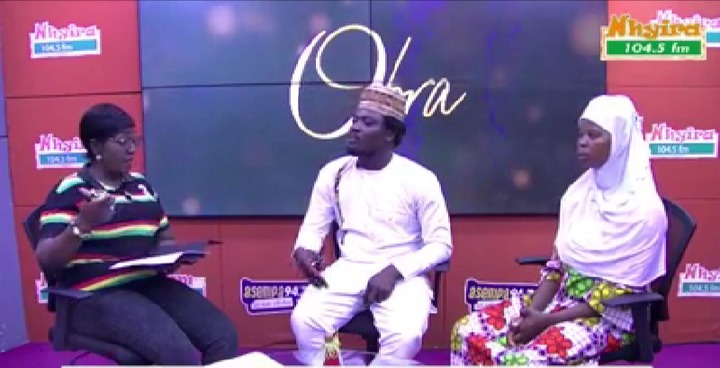 Mufida is asking her baby daddy to start taking care of their twins. According Naziru he loved the Mufida and was willing to marry her that’s why he slept with her when she came to visit him that night. But the lady traveled to Manso after they met and continued to have a chat but she didn’t informed him that she was pregnant.

It was her brother who informed him about it. Naziru added that he was not working at that time that’s why he couldn’t cater for her. The man is pleading with his girlfriend to go back to their hometown and stay there for some time. He said is facing financial problems but will manage to send them money to take care of their kids.