It all started when Kwamena Duncan made it clear in an interview on Peace FM that John Mahama and his appointees went back to the controller and accountant general’s department for the 10% salary cut which was deducted from their salaries from 2014 to 2016. Kwamena Duncan added that a lot of Ghanaians are not aware of this but it is the absolute truth.

Watch his video below

Felix Ofosu Kwakye has released a statement and has exposed Kwamena Duncan for making such statement. According to Felix Ofosu Kwakye, what the former regional minister said is not true. He added that John Mahama never went to any department for any money.

He explained and revealed that the 10% salary that was deducted from their emoluments were used for the construction of CHPS compounds in the country.

“Any claim therefore that President Mahama or anyone else went back for their money and that the monies were not deducted or they cannot be accounted for, is blatantly false and should be disregarded.”

“President Mahama remains committed to a comprehensive review of the provisions of Article 71 and would in the most likely event of the return of the NDC to power in 2025, reactivate the Constitutional Review Commission process to see it to fruition” he said.

Below is the document to show that number of CHPS compounds constructed with the salaries of John Mahama and his appointees. 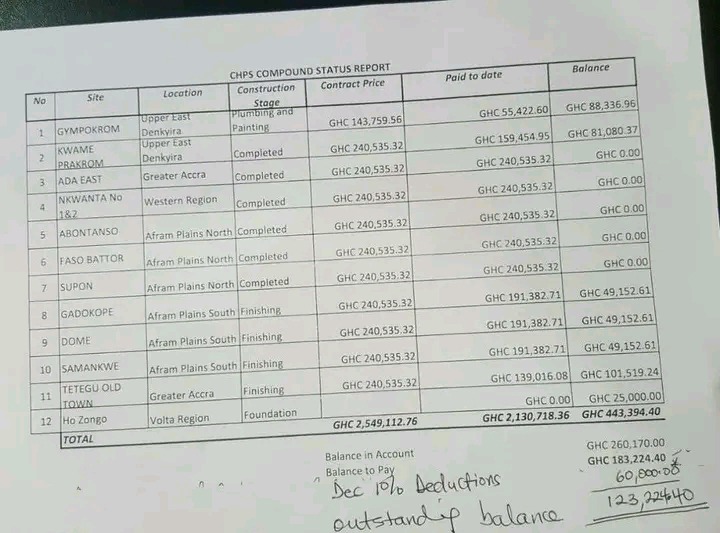