The tall and gangling central defender saved the day for the continental club masters against Great Olympics.

Hearts of Oak went down by one goal as early as the 8th minute through Razak Yusif’s strike.

Razak Yusif capitalized on a defensive and a goalkeeping error from Konadu Yiadom and Eric Ofori Antwi to slot home the opening goal.

The Phobians fought tooth and nail to equalize but the first half ended by a 1-0 margin much to the disappointment of Hearts of Oak fans.

Accra Hearts of Oak however left it very late in the game to pull the equalizer at the Accra Sports Stadium on Sunday.

Former West Africa Football Academy central defender rose above every player in the penalty area to head home the equalizer on the 89th minute. 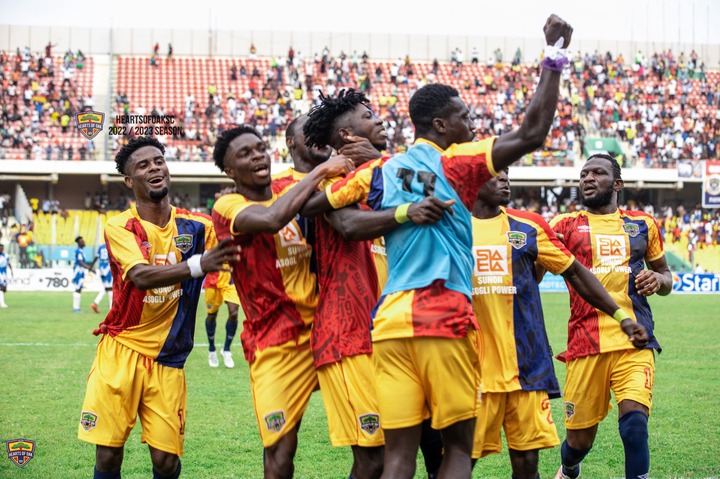 Head coach Samuel Boadu was full of praise for Konadu Tiadom but wants him to do more.

“Fantastic, because playing for Hearts of Oak in a first match, he did well.

“He played perfectly but we wish him to do much better than this.” Samuel Boadu told reporters after game.

Here Are Some Natural Ways To Cleanse The Intestine To Prevent The Body From Diseases.