The National Democratic Congress internal contest would be held anytime soon and as such various party bigwigs are vying for top positions. Even though some of them are already occupying positions, they are striving to attain more.

One of the finest Ghanaian journalists who is based in the United States Of America, Kevin Taylor has also initiated a poll online to know which candidates will emerge as potential winners.

Speaking yesterday, on the program “With All Due Respect,” the host revealed the hot contest between three aspirants eyeing the general secretaryship slot. He made it known that none can access the poll which will run for the next two weeks and not even his production team can get to figure out who is winning 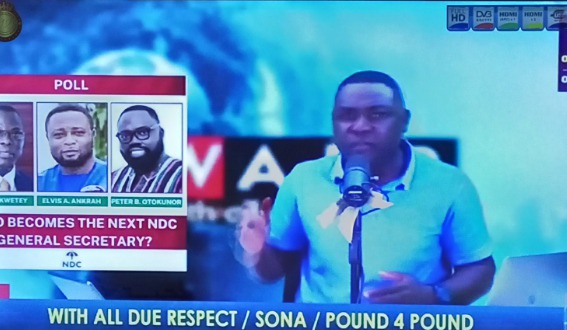 Fifi Kwetey, Elvis Afriyie Ankrah, the former sports minister, and Peter Boamah Otukunor are competent individuals who have served the party through thick and thin. Due to this, the whole exercise is expected to be a tight one.

Kevin Taylor disclosed that although he has a favorite, he doesn’t want to be biased and wouldn’t further comment on the polls until it has ended successfully. He, however, entreated viewers to vote until he announces who had won. 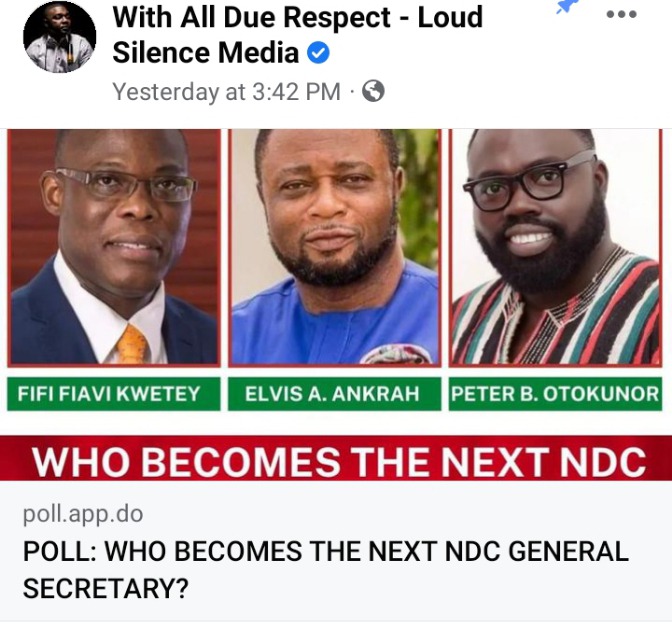