Member of Parliament for Assin Central Constituency, Hon Kennedy Ohene Agyapong has declared his intention to contest for the NPP Presidential race some weeks ago. After his declaration, a lot of Ghanaians are talking and most people have thrown their support to Hon Kennedy Agyapong to go for the seat because according to them he is the only hope for Ghana.

Today, Dr Smart Sarpong who is a lecturer and a senior research fellow has also talked about the race for the NPP Presidential seat.

Speaking on Wontumi Fm, Dr Smart Sarpong stated that he has seen that Hon Kennedy Agyapong is trying to be Ghana’s Donald Trump but he should be careful because elections are not won on radio.

He stated that Kennedy Agyapong is liked by the youth of the country but if the delegates do not like him and do not vote for him, he will lose.

He advised Hon Kennedy Agyapong to work hard and stop the “ranting” on radio stations because according to him, noise does not win elections. 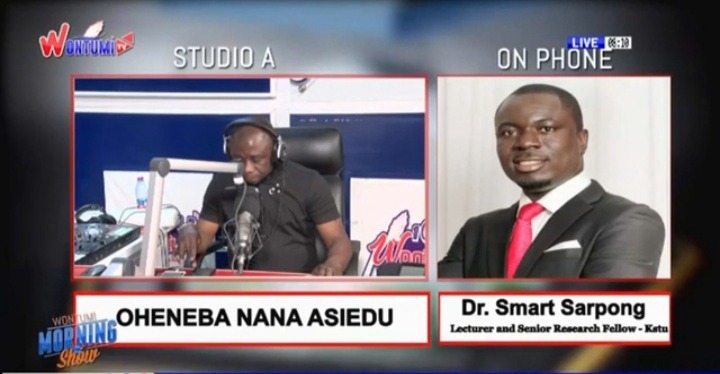 What do you think about this news? Do you agree with Dr Smart? Let us know what you think in the comment section.

Hearts of Oak Should Expect More Than 15 Goals From Their Newly Signed Striker; He Plays Like Lukaku