A US based Ghanaian journalist and owner of Loudsilence TV, Kelvin Tailor has vehemently disagreed with his friend, Kwabena Bobie Ansah over the latter’s allegation against the Ashanti Regional chairman of the opposition NDC.

In a post by the Accra FM journalist yet to be published by CitizenOne, the journalist allegged that the regional chairman, Nana Kwasi has been found guilty of working against the interest of the party hence faces possible suspension. However, he alleged that there are schemes to change the investigative report to exonerate the embattled chairman.

But Kelvin opposed some of the comments made by the maverick journalist.

According to Kelvin, Bobie made a vague allegation which cannot be substantiated against the hardworking regional chairman. He said, Bobie Ansah could not disclose the source of his information neither could he tell exactly where the said schemes are taking place.

Although he acknowledged the good work being done by the journalist to help the NDC, Kelvin thinks this unsubstantiated allegation can wipe out all the gains Bobie has made so far.

Kelvin added that before Bobie made the allegation, he should had asked himself some questions

“If you are clamouring for someone to be removed from office, the first thing everyone should be interested in is the person’s performance.

What has been the performance of the NDC in the Ashanti region under this current chairman?

Was the NDC able to win an additional seat in the Ashanti region under his leadership?

The answers to this question are very obvious.

I will however wait for my friend Bobie Ansah to give me those answers to help the discussion.

Another set of questions on his allegations has to do with the followings;

From what Bobie said in his post on Facebook, What is stopping him from bringing one of the elders who sat on the said issue to tell his listeners the actual truth?

Secondly, Why has my colleague Bobie Ansah refused to publish the findings of the committee for everyone to also read if he has access to it?

Thirdly, Why did Bobie Ansah refuse to mention the time and location of the meeting and the individuals involved?

Lastly, I believe everyone deserves a fair hearing.

For someone who wants John Mahama and the NDC to win against the NPP, what is stopping Bobie from interviewing the current chairman of the NDC in the Ashanti Region to ask him tough questions on the very things he’s accusing him of?”, Kelvin wrote on his Facebook page intercepted by CitizenOne.

Prior to the regional elections of the NPP, there came an allegation that Nana Kwasi was supporting the incumbent Bernard Antwi Boasiako aka Chairman Wontumi. The allegation had it that the NDC chairman even contacted some NPP delegates begging them to retain Wontumi because he’s the only man who can win Ashanti region for NPP. The allegation became intense that Johnson Asiedu Nketia had to form a committee to investigate it. For more than three months since the investigation commenced, there hasn’t been any public statement on it. 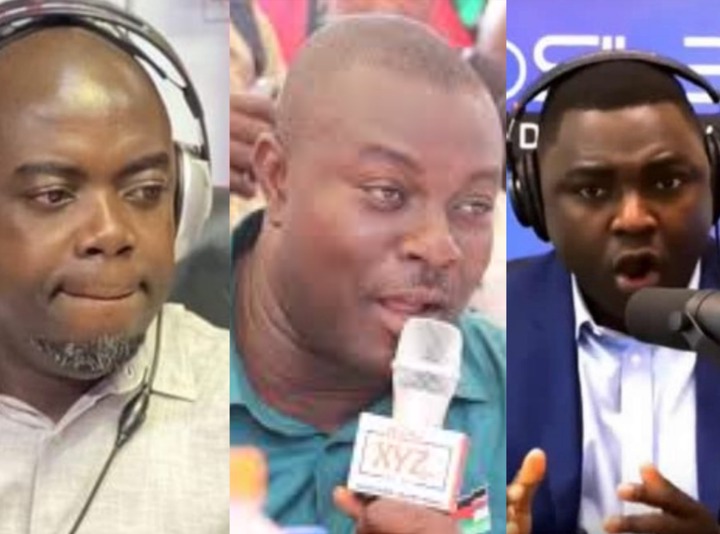 In a similar way, Chairman Wontumi openly declared his support for Nana Kwasi when NDC went for its regional congress in 2018. According to Wontumi, it’s only under Nana Kwasi that NPP can win all 47 seats in Ashanti region. Unfortunately for him, he lost two seats although his preferred candidate won.

Chairman Wontumi was retained by the NPP Ashanti Regional delegates during the Kumasi delegates conference. He won with a very slim margin against Chairman Odeneho Kwaku Appiah aka COKA

Content created and supplied by: CitizenOne (via Opera
News )

“Our Aim is to Return to The Premier League” – Liberty Captain