The Ghana Police Service has confirmed the arrest of four Notorious armed robbers who killed two people and left with many gold bars. According to the official press release from the Ghana Police Service, the four were gang members who invaded the Asaman Tamfoe vicinity. The four arrested Notorious armed robbers were named as Saado Moro, Aliu Osman, Issaka Abdul and one Elvis Kwaasie.

The Police further explained that, the suspects managed to escape from the crime scene after shooting the gold dealer and his watchman to death.

Meanwhile many Ghanaians hailed the Ghana Police Service for going after the criminals despite their escape.

They encouraged them to arrest the remaining four because the robbers were seven in number.

“We wish to assure the public that, the remaining three of the gang can run but never hide forever. We will Surely arrest them to face justice” The Ghana Police Service assured the public 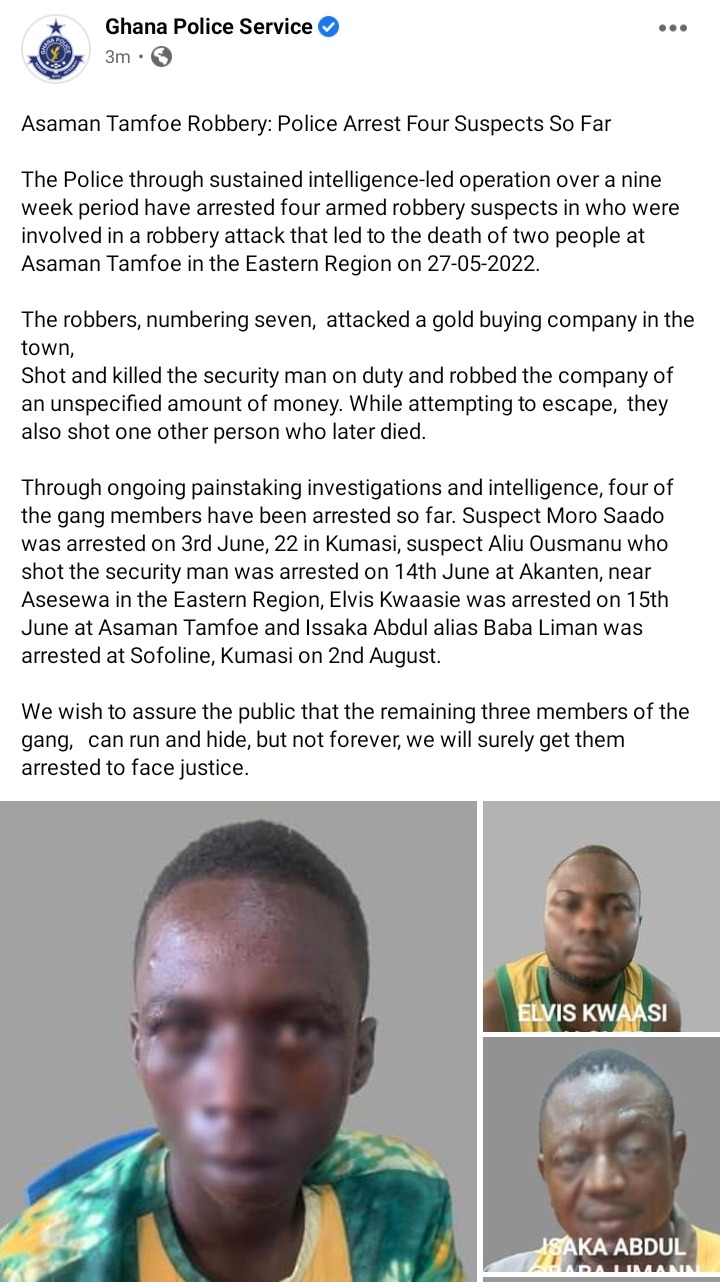 WATCH: Surf’s up for these pups at World Dog Surfing Championship in California

Ashley Cain on grief, making his daughter proud, and why working out is his ‘counselling’