A woman stunned a court by pleading with it to imprison her son until she died. Selly Rotich was in tears as she begged the court to jail her son Nelson, 33, until the day she died, alleging her son beat her and her father, threatening to kill them and subject them to family torture. Selly was in tears as she rolled on the floor, begging the judge not to set her son free, else he would kill her and her father.

Selly told the judge her son beat them, tied them up, flogged them, punished them, subjected them to all manner of torture, and chased them around with a machete. Selly told Judge Nelson that he broke his father’s legs and chased him to his mother’s place. Selly begs the judge not to set him free, else he will come after them and kill them.

“I beg this court not to release this boy. My life is in danger due to frequent threats and attacks from the accused.” I want the accused to remain in jail until our deaths for us to enjoy peace. “If he is released before our deaths, he is going to kill us,” she said. 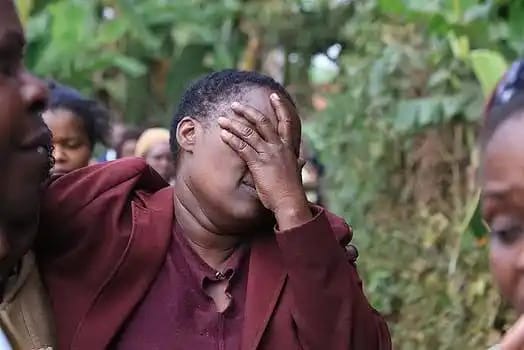 She told the court that despite the son serving a jail term of more than two years for assaulting them, he did not change. She begged the court not to release him until her death, so that she could live in peace. 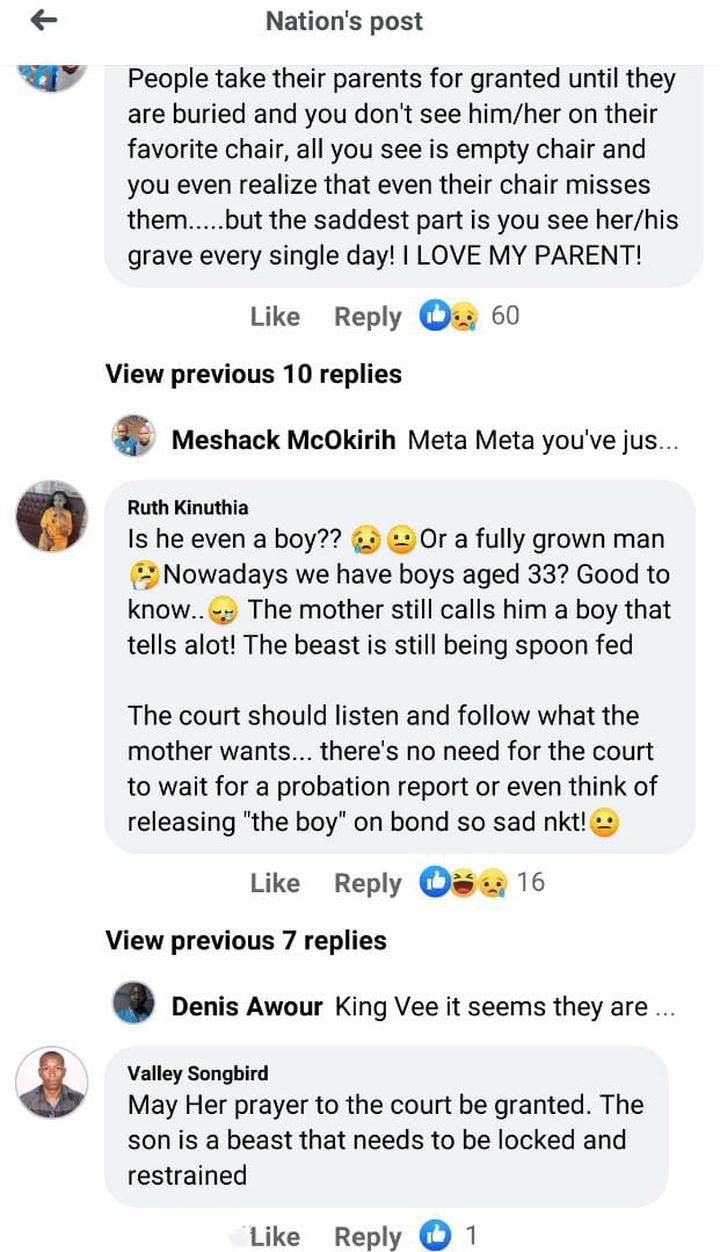 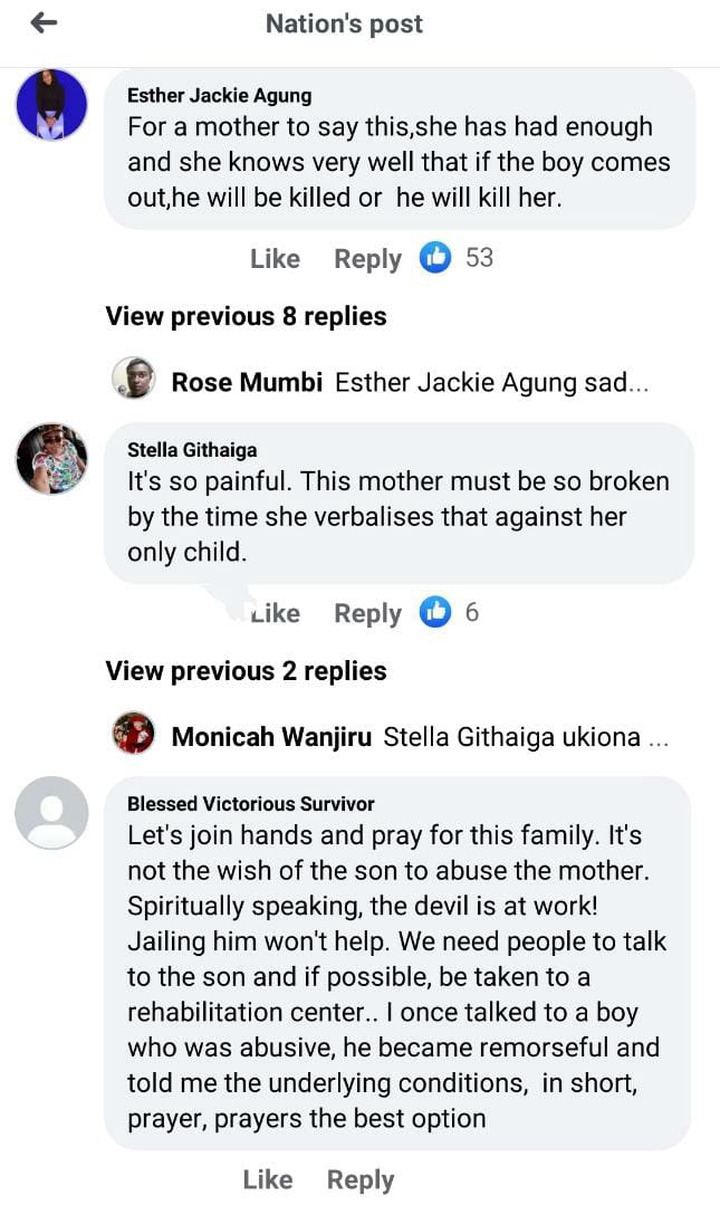 Responding to the plea raised by the mother, the court ordered Nelson to be remanded since he denied the allegations leveled against him by his own blood mother. The case was adjourned till May 24 to determine whether Nelson should be granted bail on bond and sentenced.

Who will clinch the title? Manchester City or Liverpool