The recent circulating news that has caused a massive stir, debates, and arguments across all social media platforms aside from breaking the hearts of most Ghanaians was the unexpected ritual murder of another beautiful trainee nurse in the central region of Ghana.

The unexpected ritual murder of the innocent nurse trainee has undoubtedly put lots of fear in most Ghanaians considering how the lifeless body, the victim’s bag, shoes, and other possessions were also found at the chief who orchestrated the murder‘s house. 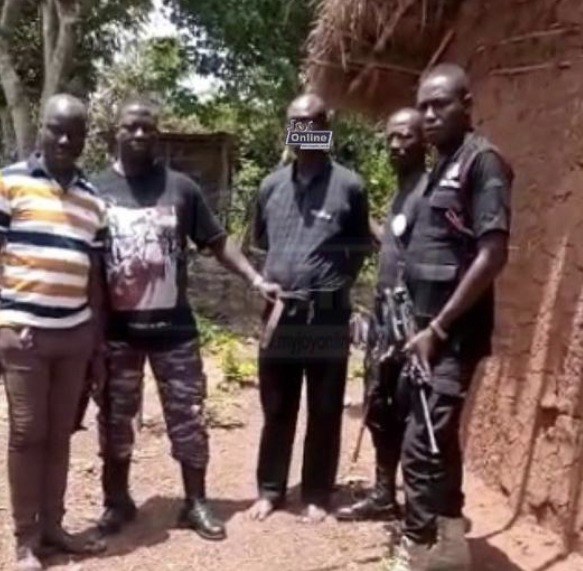 According to recent reports cited by JoyNews, the notorious chief who is the current Tufuhen of Ekumfi Akwakrom in the Central Region has been finally picked up at his hideout at Akwa Krom in the Ekumfi District after his accomplice, who is known to be a popular man of God finally hinted and confessed to helping him kidnap, kill, and secretly bury the deceased, Georgina Asor Botchwey. 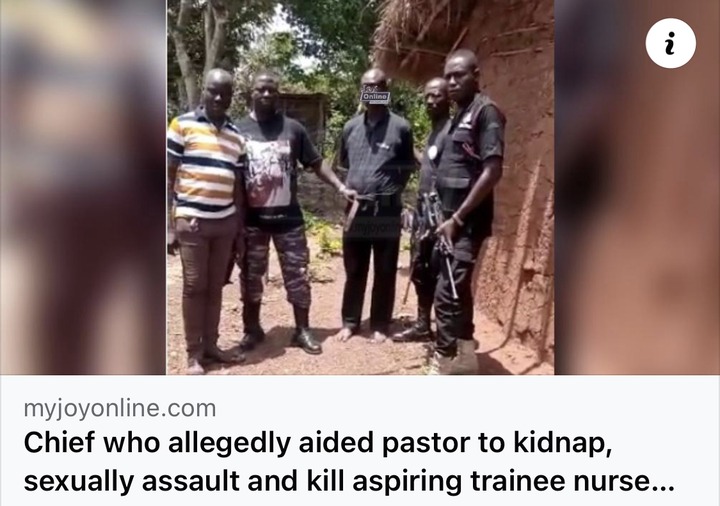 Do you think the notorious chief should undoubtedly be made to face the for his heartless crime against the innocent trainee nurse in the central region of Ghana that has broken the hearts of many even though most individuals claimed otherwise?

What are your thoughts after the notorious Chief who allegedly aided the pastor to kidnap, sexually assault, and kill an aspiring trainee nurse was finally fished out of his hideout which has caused massive reactions online even though most individuals claim otherwise?