The recent unexpected news that has sparked lots of concerns, debates, and arguments across all social media platforms was when another popularly known advocate and member of the ruling New Patriotic Party (NPP) finally came out to spit out the truth.

Speaking on TV XYZ, Okatakyire Afrifa who was popularly known for campaigning for the NPP in the 2020 presidential elections unexpectedly expressed his immense disappointment in the Akufo Addo government again aside from revealing serious secrets about the corruption brouhaha about the party in government. 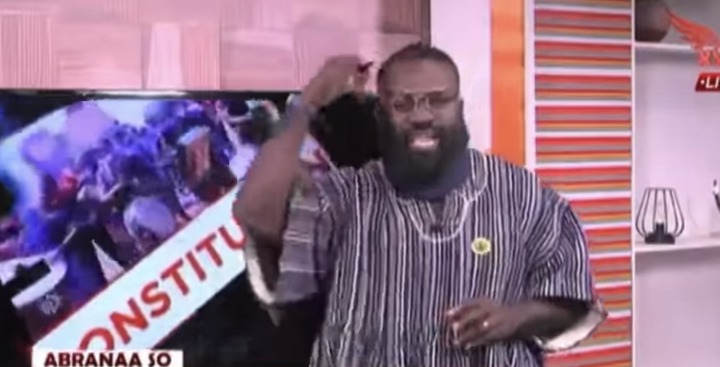 “I agree with IGP, Dampare because in the history of mankind, we have never seen any Presidency that is so corrupt and perpetrate corruption on the people with impunity as Akufo Addo’s government. I have never seen this type of President before. Even when his brother, Ken Ofori Atta is underperforming and mismanaging the country’s economy; nobody sees anything wrong with such an unacceptable act”, Okatakyire Afrifa emphatically revealed.

Do you think the incumbent President, Nana Akufo Addo’s government has performed worse when compared to the former President, John Mahama’s tenure even though most individuals claimed otherwise?

Do you think that the Presidency is much more corrupt than the Ghana Police Service as revealed by Okatakyire Afrifa even though most individuals agreed otherwise?

What are your thoughts after the popular journalist, Okatakyire Afrifa finally expressed immense disappointment aside from spitting out the bitter truth about the Akufo Addo-Bawumia-led government that has caused massive reactions online even though most individuals claimed otherwise?

Why Serena Williams Retired From Tennis