HomeEntertainmentIt’s The Truth; Ghanaian Farmers Are Praising Me For The Good Works I Am Doing – Agric Minister
Entertainment

Minister of Food and Agriculture, Dr. Afriyie Akoto has dropped some revelations about himself and the kind of work he is doing in the in country.

Speaking on Hello FM this morning, Honorable Afriyie Akoto clearly revealed that a lot of farmers in the country are really happy with how he is managing the agricultural sector. He added that Ghanaian farmers heap praises on him anytime he visits them.

He added that people have even tagged him as the best Agricultural Minister in the history of Ghana. He added that he is going to accept such tag because he knows that he is working hard for the good people of Ghana.

“Everywhere I go, the farmers there heap praises because they appreciate what i am doing for them. When we started, they were telling me their problems. A year later, we have provided them all what they need and they are proud of me. If I don’t perform my functions, farmers wouldn’t have praised me” he said.

He explained further and revealed that Ghanaian farmers told the ministry their problems a year ago and he(Afriyie Akoto) and his team have provided majority of what they asked for to them. He however made it clear that there may be debt which must be paid but his administration has done their best to make every farmer in the country happy. 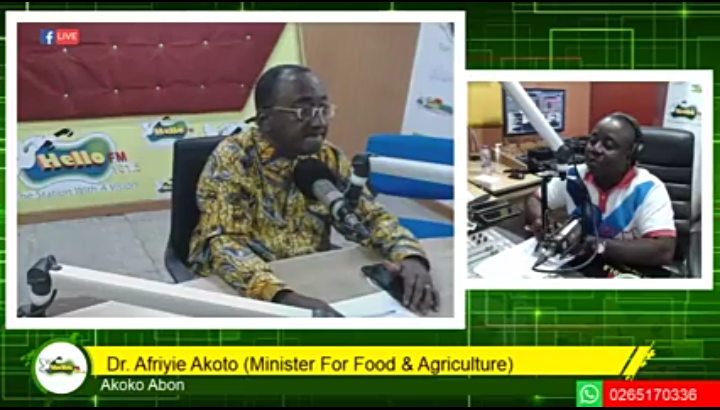 Never Ignore These Signs: She Might Be Cheating On You When You Observe These Five Signs

Did you lose your first love in your life? 3 Ways To Get Back Your First Love