Kevin Taylor has vowed to display the pictures and names of these former appointees on his Television Station and expose them. He believes that the NDC can only win power again if all persons come together and fight for it.

“And then again, to all former appointees of the NDC who seem to have abandoned the party in its years in opposition waiting for Power to come from the people to come flex muscle, I will put your faces on Tv and direct the grassroots of your party to deal with you?”

“If you can not support a party which gave you opportunity to serve because they are in opposition, you don’t go close when they goes back into power either” he said. 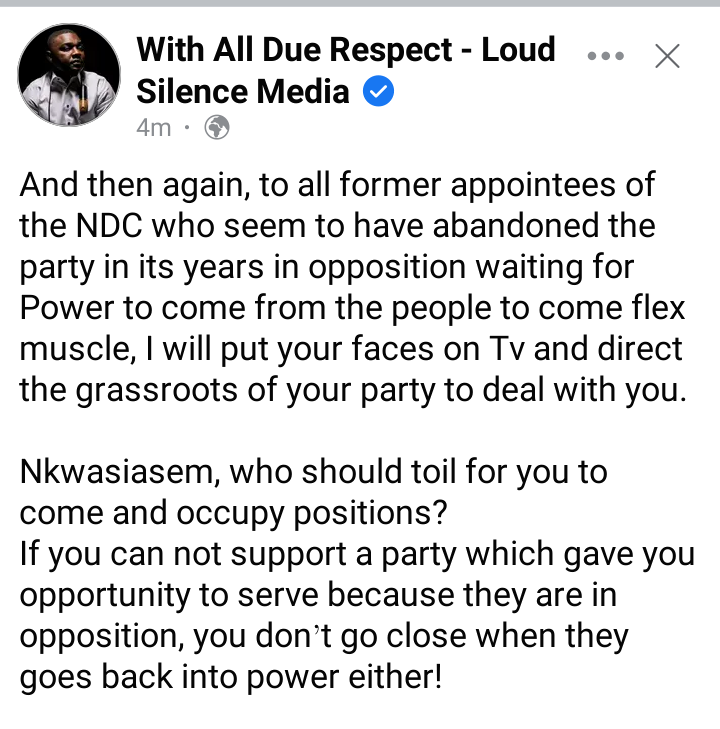