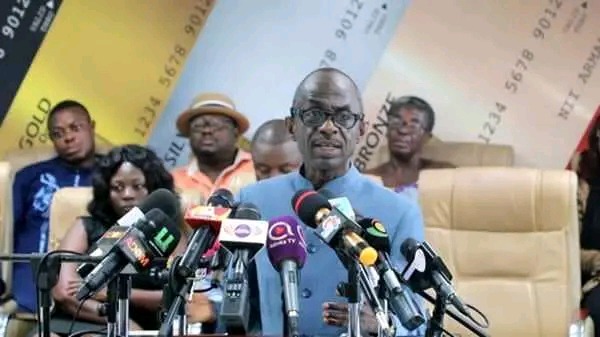 Speaking on Neat FM morning show, the general secretary revealed that everyone aspires to be better than their current positions so he plans on laying down from the secretary position for next generation and consider other options higher than that. He said it can be any positions from the national chairman, he will consider running mate or even a flag bearer.

‘I won’t be standing as general secretary of the NDC again. I will be contesting for something higher, it can be National Chairman, Running Mate or Flagbearer’

“Does anyone contest to be elected Running Mate in Ghana? Isn’t it the prerogative of the Flagbearer to nominate? Johnson likes sing-songing and mostly ends up with weird propositions” many commented.