HomeEntertainmentI Will Campaign Against The NPP If They Change Their Mind On The Ghana Card: NPP Bigwig Speaks
Entertainment

Thomas Kusi Boafo, a prominent member of the New Patriotic Party, has issued some direct statements to the Ministry of Communication and the NPP government in general. He admitted that he has promised himself that he will immediately resign from the NPP in the event that any of two events takes place. The controversy around the Ghana card was one of the things that occurred.

“We endured much hardship in order to seize power in the year 2000, or let me say 1992. One thing that Kuffour’s decision to ensure that the Ghana Card will be implemented under his administration is something that I will never forget. After the people of Ghana voted for the NDC, despite his best efforts, he was unable to finish the job. The NDC attempted to obtain a loan in order to produce the Ghana card, but they were unsuccessful. It is a blessing that Nana Addo has taken over as leader. 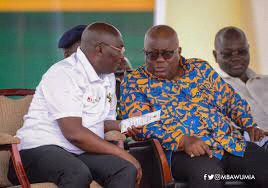 “But let it be known that for me, Kusi Boafo, the day I will leave the NPP is the day I will make an attempt to steal, or the day the NPP will decide not to do the Ghana card,” Kusi Boafo said. “Let it be recorded.” He continued, “I will make it a point to advocate against them so that they are in the opposition.”

Content created and supplied by: KingsNews (via Opera
News )