HomeNewsI Never Believed He Could Use My Daughter For Rituals: Mother Breaks Down In Uncontrollable Tears
News

The recent heartbreaking news recently circulating across all social media platforms was when the mother of the innocent nurse trainee who was unexpectedly murdered by a chief and popular man of God at Mankessim for money rituals finally came out to break the silence over the alarming news.

Speaking in a recent interview as cited by UTV, the mother of the deceased revealed that, they had prepared for her daughter’s interview and so bought her clothes, bags, and other accessories for the big day but little did they know she won’t return home after her trip to the central region.

In addition to this, the mother of the deceased revealed that she never believed that her son-in-law, a renowned man of God who happened to be the husband of one of her daughters, Doris could connive with a chief in the central region to murder her daughter for money rituals. 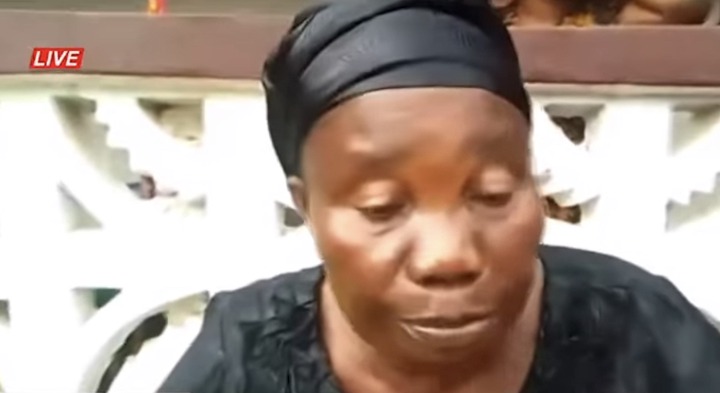 ”We bought all she needed for the interview and prayed for her return after the interview. She went to stay with her slide sister, Doris. So she called us after her arrival and later left for Cape Coast for the interview. We tried calling her after a while but she never picked up not knowing she was murdered by my son-in-law. I never believed the pastor could use my daughter for money rituals”, the mother of the deceased emphatically revealed as she broke down in uncontrollable tears.

May her soul rest in perfect peace and all condolences go to the entire family and friends.

Do you think that the Chief and man of God should undoubtedly be made to face the law for killing the innocent nurse for money rituals as highlighted by most Ghanaians even though others claimed otherwise?

What are your thoughts after the mother of the deceased broke down in uncontrollable tears as she narrated the sad demise of her innocent daughter which has broken the hearts of most Ghanaians even though some individuals claim otherwise?