Kwame Asare Obeng popularly known as A Plus has commented that, he never knew the British people slaughter a ram to perform rituals until Queen Elizabeth II died. He has promised to promote anything Ghanaian culture because, the whites has decieved us.

“After the death of the queen and the display of British culture that followed, I’ve realised how we have been fooled for many years. I’ve decided to spent more time promoting my own people. I don’t care if they are Ewe, Ashanti, Ga, Dagati, Frafra, Fante, whatever. We must preserve our culture too.”

A Plus argued that the only book the white man spent time translating into almost every language is the bible. He had a plan to use that book to deceive you to depart from your culture.

He knew that if he tells you that a snake told a naked woman to eat half of a juicy apple and give the other half to one a man in a garden called Eden in your local language, you’ll understand it easier and faster, and you’ll believe it. He didn’t teach you mathematics in your language. He left you to go and find the definition of equation, before you embark on a long journey in search of Y and his girlfriend X. 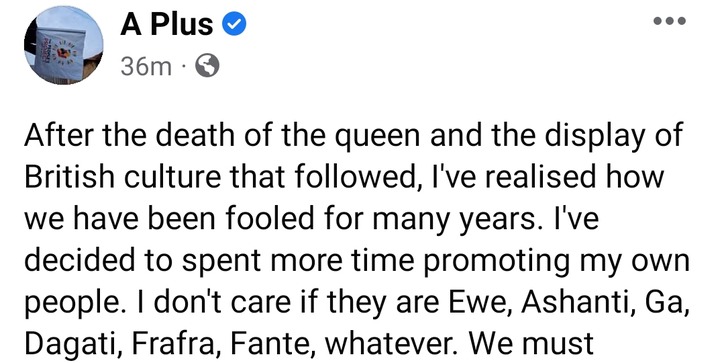 “I didn’t know that British people slaughter a ram to perform rituals until the queen died. Herrrh!!” A Plus ended.

The comments of A Plus comes in wake of the ongoing Queen Elizabeth II funeral today. Some video evidence showed that, the British killed a Sheep as part of customs during the queen’s funeral. 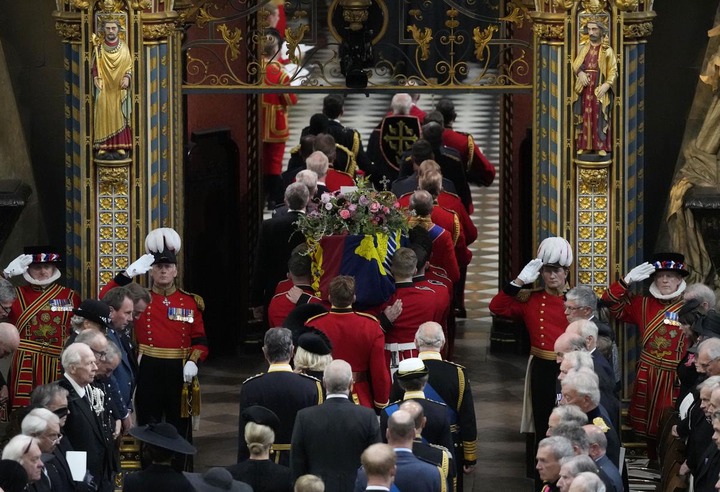 Britain, world leaders and royalty from across the globe are bidding a final farewell to Queen Elizabeth II, the last towering figure of her era, at a state funeral of inimitable pageantry. It is said that Thousands of people camped overnight in London to get the best spots for viewing Queen Elizabeth’s funeral procession.