The Bono regional chairman for the New Patriotic Party has come out to react to some publications about himself, claiming that these publications are false. Earlier in the day, a number of NDC websites reported that Abronye granted an interview at Wontumi TV and he said certain things about President Nana Addo.

These websites reported that Abronye criticized the president and said that he (the president) has lost his status as a wild man ever since he won the elections.

According to Abronye, this publication is false and he has not been on any show on Wontumi TV for the past six months. He urged all his followers to disregard news from these websites and continue to believe in Nana Addo and his government.

He said in a Facebook post that he never said this about President Nana Addo and he will never say such things. He also added that, he will continue to praise and congratulate Nana Addo for his good works so far for the country. 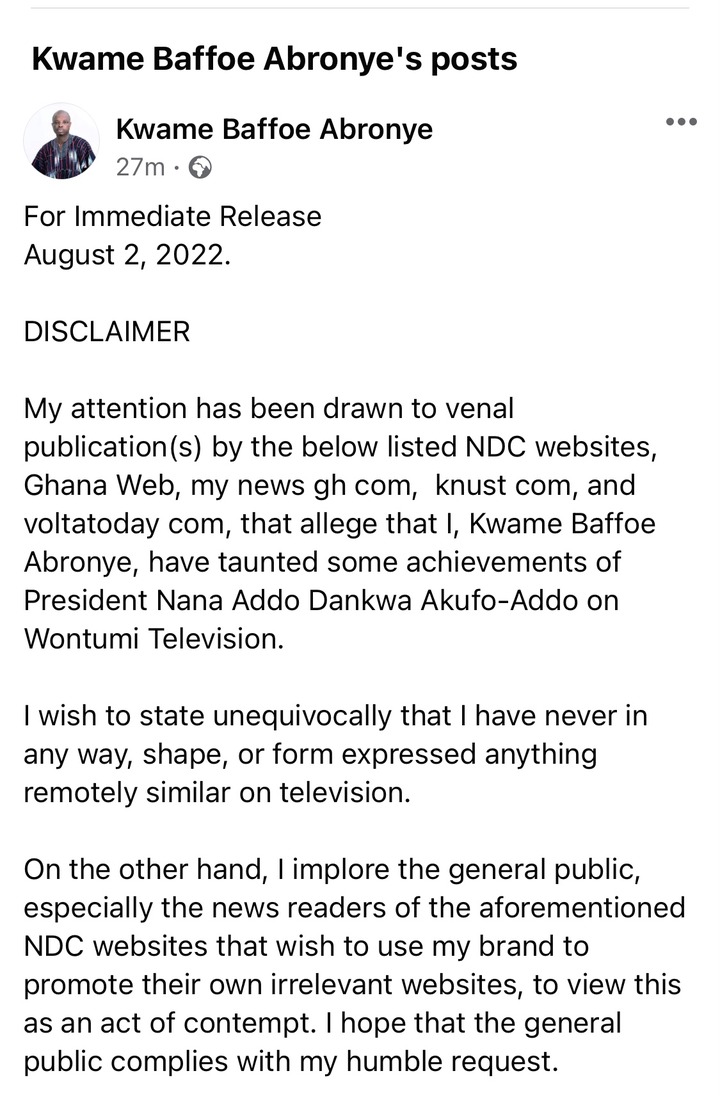 Content created and supplied by: MoreNewsgh (via Opera
News )

I Once Ate A Baby’s Poo – Says Celestine Donkor |

Sportbible Confirms What Happened In PSG’s Dressing Room Between The Two Stars.