HomeEntertainmentGive Me A Bullet Proof Car And Security Man To Protect Me – Ekua Donko To Akuffo Addo.
Entertainment 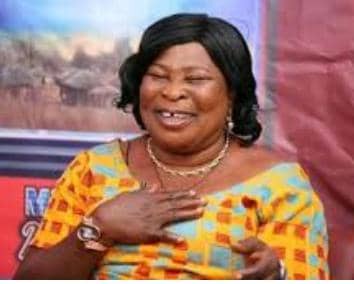 The founder and leader of the Ghana Freedom Party (GFP), Madam Ekua Donko has stressed the need for the president of the Republic Nana Akuffo Addo to provide her, a bullet proof car and personal securityman as a means to protect her life.

At a press conference yesterday at her party headquarters at Amasaman in Accra, Ekua Donko alleged that based on some information she have been receiving from some quarters she could see that her life is at risk.

She cited about how she came across an alleged bench warrant summon letter from a Kumasi Circuit Court she picked from her Accra residence recently.

She said she has no case at the said court and wondered how the court summons found its way into her house.

Ekua Donko indicated that out of suspicion she has referred the said threat summon to the office of the President, Inspection General of Police, Attorney General’s office among others for attention.

She also told the media that she has already caused a publication on the website with regards to the threat summon from the Kumasi circuit court.

According to the politician she suspects foul play from the political circles over the alleged threats of her life with the reasons that as the 2024 elections get near she would expose more alleged politicians with questionable characters to the disadvantage of their parties victory in 2024.

Alternatively she also linked her threats to her stance of speaking the truth about the good policies of Nana Akuffo Addo, of which other politicians see Nana Akuffo Addo’s administration as a failure.

Ekua Donko indicated that as a popular female political party leader with envious track records she believes that the aforementioned points are some of the causes leading to her hatred.

Ekua Donko reiterated that as a politician and popular national figure, hence she believes that she is qualified to be protected by the state.

Ekua Donko believes that by the publication of this press conference President Akuffo Addo will endorse her request to enable her have a free movement in the country to discharge her businesses without fear and panic.

Content created and supplied by: Kingam (via Opera
News )

Have to improve as team before Hockey WC next year: Abhishek