The recent circulating news that has undoubtedly caused a massive stir, debates, and arguments across all social media platforms was when the incumbent President, Akufo Addo’s wife who is the First Lady was unexpectedly exposed again over another Ghc295,000 brouhaha.

According to recent reports cited by the founder of “Loud Silence Media”, Kevin Taylor, the First Lady, Rebecca Akufo recently did the unexpected when she purchased a designed Chanel vintage limited edition bag in the United States of America for $29,500 which is equivalent to Ghc295,000.

In addition to this, the USA-based Ghanaian broadcast journalist, Kevin Taylor revealed that the First Lady, Rebecca Akufo decided to keep her transaction untraceable and hence opted to pay in cash but she was later informed to make the transaction with her credit card in other for the shop to keep records of all payments amongst others. 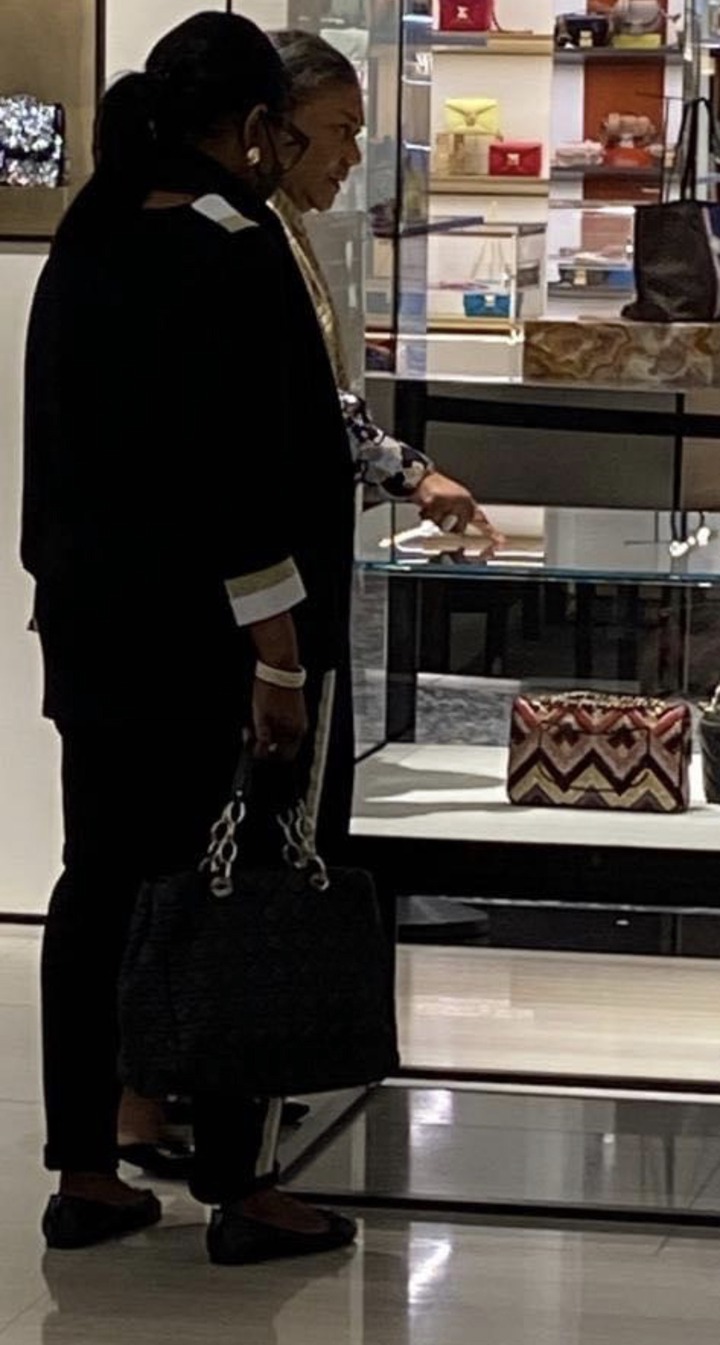 “Akufo Addo’s wife Rebecca Akufo Addo today bought a designed Chanel vintage limited edition bag for $29,500 which is equivalent to 295,000 cedis here in America. From our Source in the Shop, Rebecca Akufo Addo, Wife of President Akufo Addo wanted to pay outright cash for the bag but she was told by the shop management she had to sign a form for transactions above 10,000 dollars so She paid 9000 dollars in cash instead and put the rest on her debit card to complete the final payment. She had wanted to pay cash because she never wanted any trace of her transaction. She equally wanted another bag for $19,700 but since she is allowed one vintage purchase per month from the shop, one of her special aide would be given 19700 dollars to go and buy it on her behalf tomorrow from the same shop“, Kevin Taylor emphatically revealed.

Below is a look at some of the comments that came through as individuals shared their thoughts and opinions over the alarming issue. 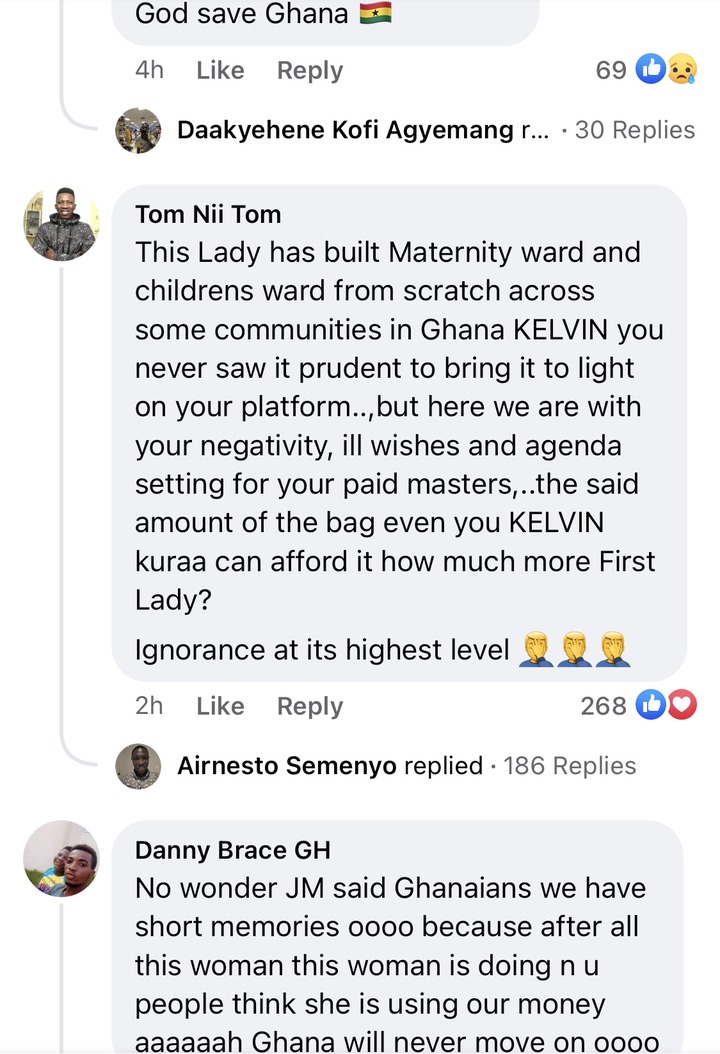 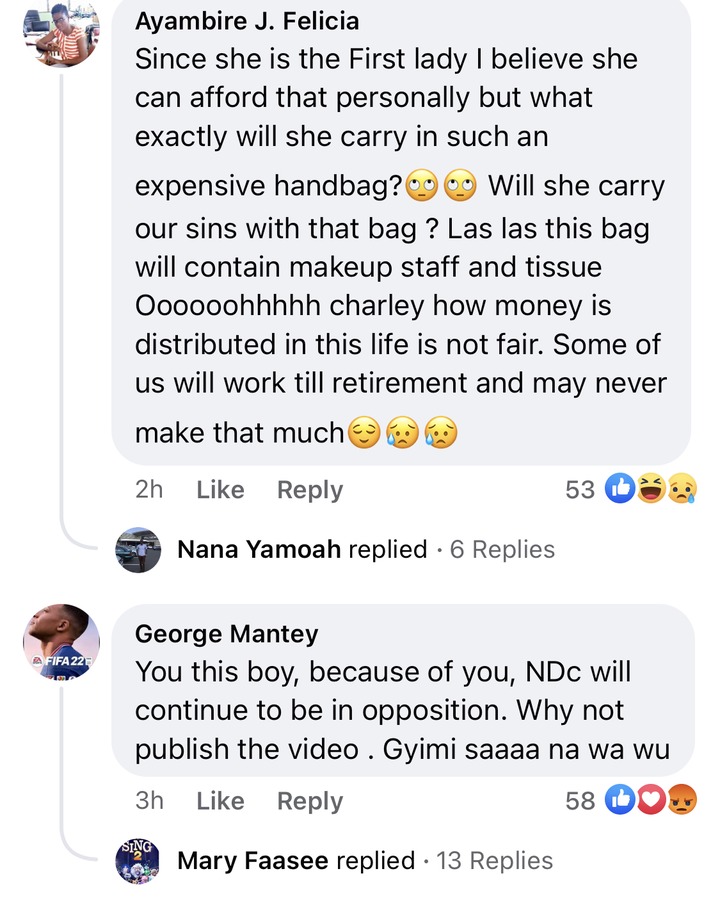 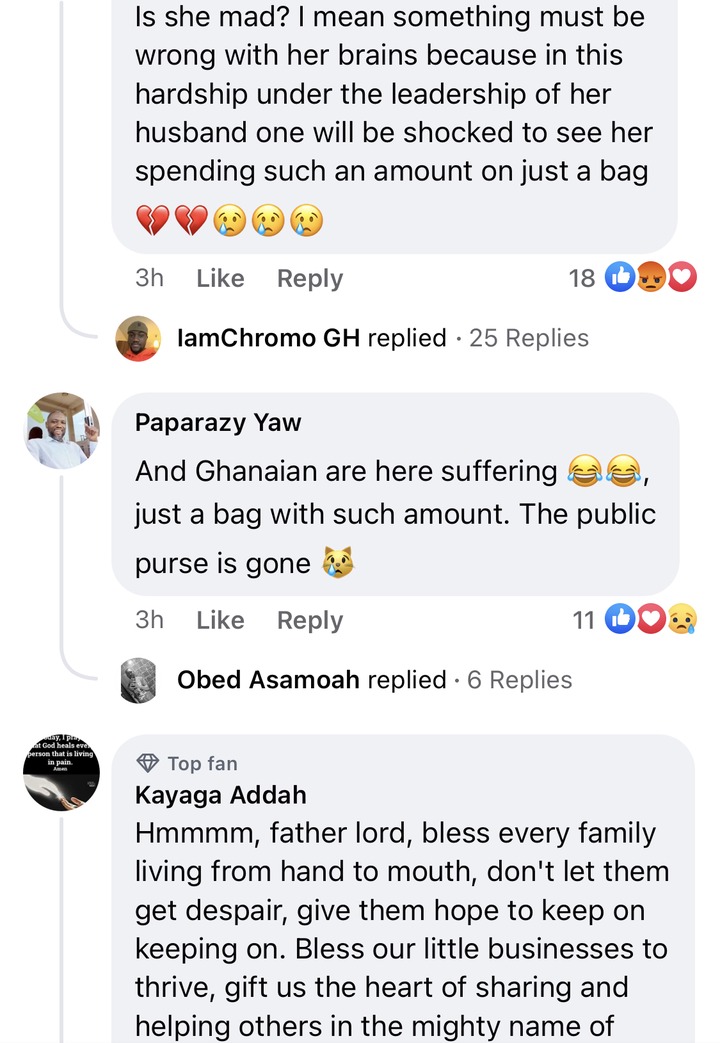 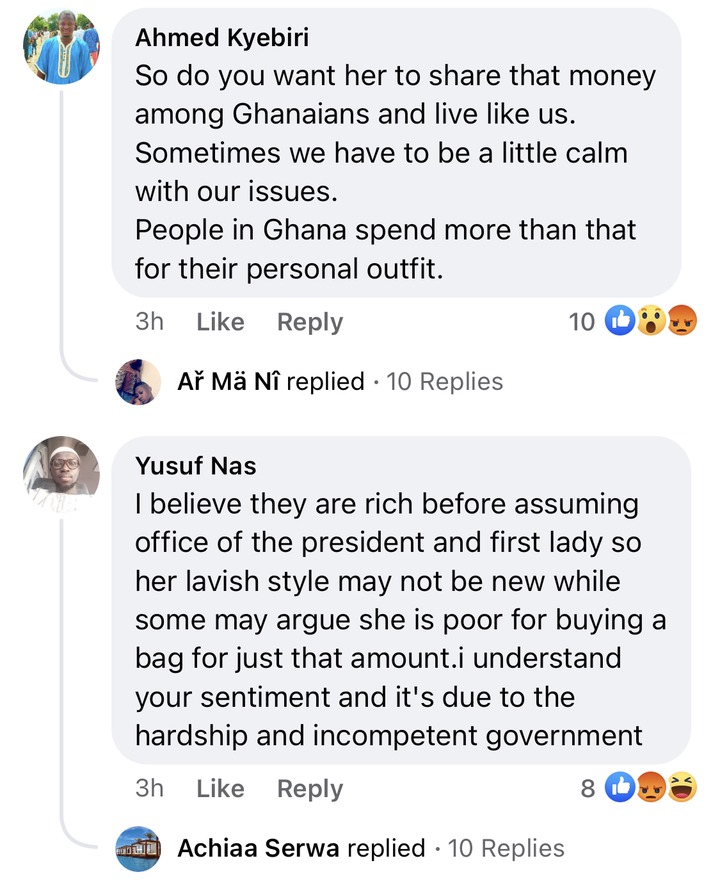 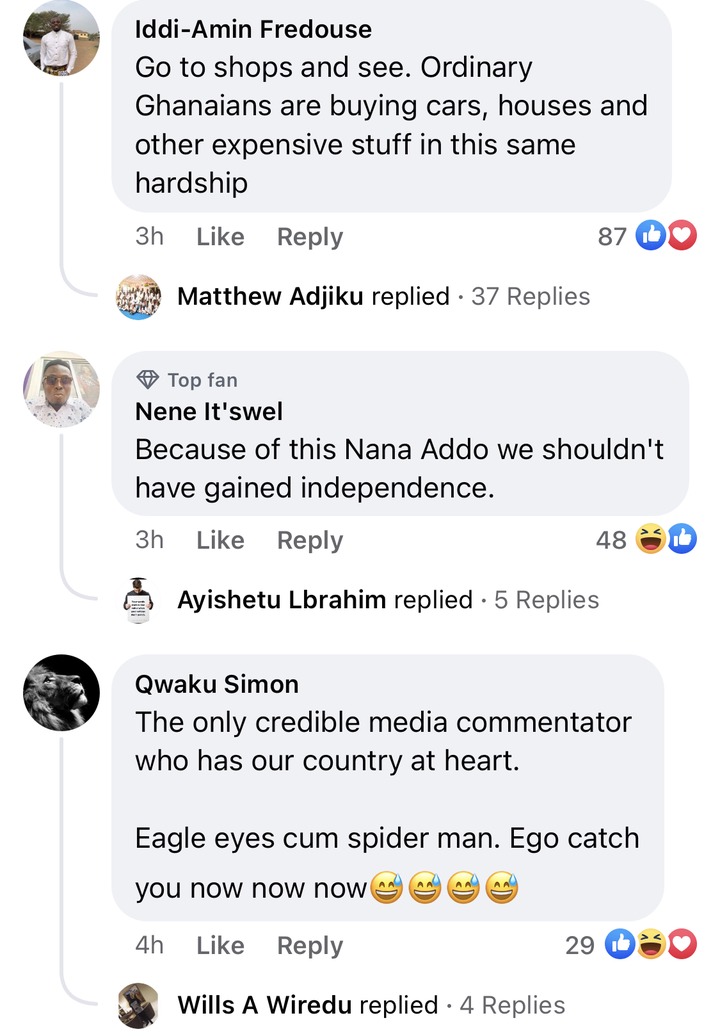 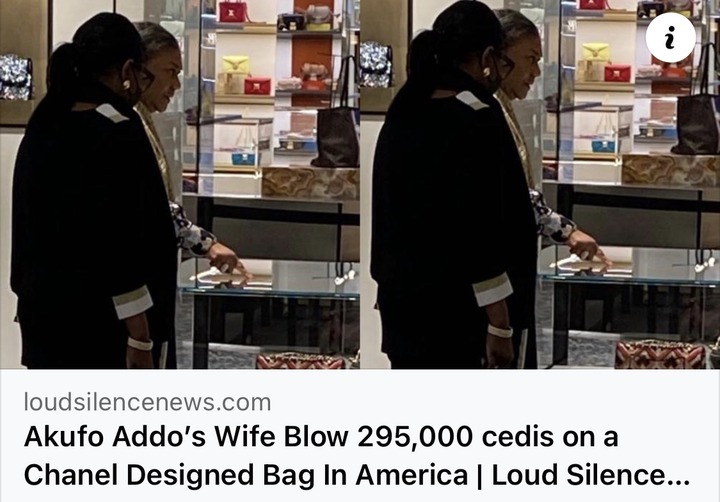 Do you think it was right for the First Lady to expose herself by buying expensive bags in the USA considering how members of the NDC will politicize her luxurious lifestyle as a result of the current economic crisis and hardship in the country even though most individuals claimed otherwise?

What are your thoughts after the USA-based Ghanaian broadcast journalist, Kevin Taylor finally exposed President Akufo Addo’s wife, Rebecca Akufo after she stormed the USA which has caused massive reactions online even though most individuals claim otherwise?