Ghanaian football fans and sports journalists cannot stop amazing Ghanaians. Some Ghanaians have told the management of the Black Stars of Ghana to release the videos of players’ arrival at camp in France.

This clearly shows that, the home based fans actually want to know everything that occurs at the Black Stars camp in LA Havre, France.

But before this new development, the Brazilian national team released a video showing how their players arrived and what they did right after their arrival. This can be a reason why some Ghanaians and a sport journalist want the Black Stars to released their as soon as possible. 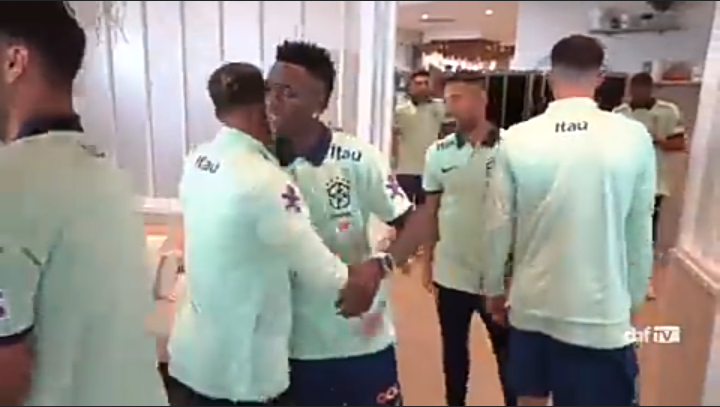 Popular Ghanaian sports journalist, Gary Al-Smith is the first person to ask for the videos of players’arrival. He revealed this to the Black Stars through his Facebook platform. He was of the opinion that, the Black Stars are normally not like this. They do release such videos, so it is quite unusual. He also added that, they have been very fast with these kinds of things in the past years.

On his Facebook platform he wrote, “It’s quite unusual for the Black Stars not to have released videos of players’ arrival in camp in France by now. They have usually been fast with these things in the past year.”

Gary revealed that, the Black Stars had some arrival problems. Finally, he asked the kind of players Black Stars fans are expecting to see in the videos when they are released.

He said, “I’m told the arrival arrangements had a few challenges. Which players are you looking forward to seeing in the videos?” 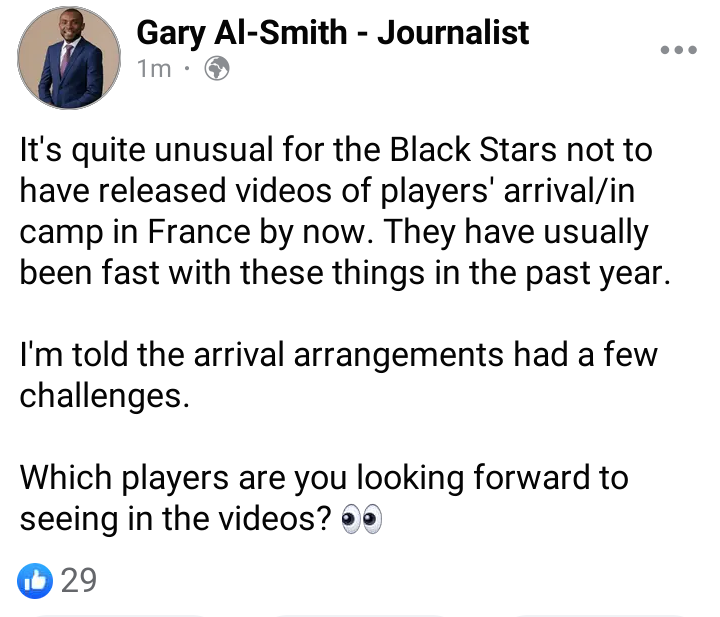 This also made some fans to add their voices to it. One of the fans also talked about the Black Stars releasing the video. Even though, he said that, Gary Al-Smith requested for the video because the Brazilian national team released theirs. 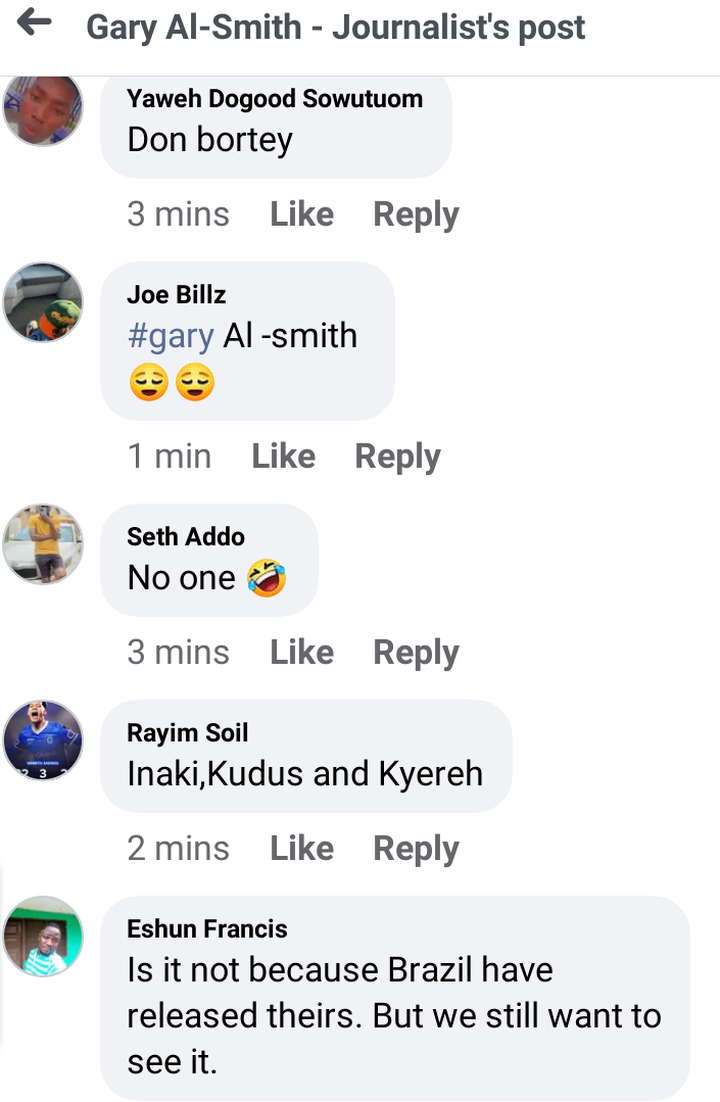