HomeEntertainmentGhanaian Players Are Too Lenient On The Brazilians; Ghanaian Reacts To Poor Performance Of Otoo Addo
Entertainment

Ghanaians react massively over the fact that Ghana national football team called Black Stars are always lenient on the Brazilians, that is why they lost a world cup friendly match today to Brazil national team.

Reactions circulating on social media platforms reveal that, coach Otoo Addo did not really try very hard with all the quality, talented and skillful players.

Ghanaians were actually hitting on the facts that Otoo Addo should have started the match with the new players that have joined the team. They added that Ghana Black Stars would have done extremely very well than what they did today, if the second half squads were the starting line up.

Great Andy wrote that, after the Ghana Football Association has done his best to get the number one best national football team in the world to play a friendly match with, you Otoo Addo has failed to use his best players. To be sincere with you, you have failed Ghana.

Olagah Seth also revealed that, coach Otoo Addo should tell the Ghanaian players to play more aggressive, because they were too lenient on the Brazilians that is why they lost the match.

All these comments were dropped after Ghana Black Stars had lost 3-0 to the Brazil national football team in Stade Oceane. 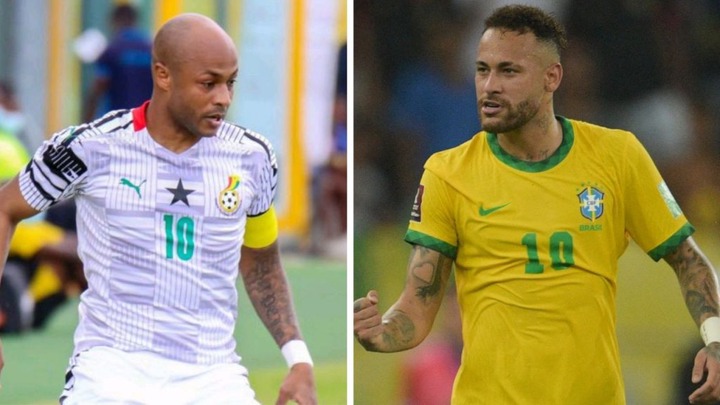 Without much i do, kindly scroll down to see the comments of Ghanaians;

What do you think about the starting line up that coach Otoo Addo commenced the match with?