There are no doubts Africa’s blessed with brilliant minds. Today, we take a look at some Ghanaian inventors who are transforming Ghana and their inventions.

We can’t talk about innovation in Ghana without mentioning Apostle Kwadwo Sarfo Kantanka. Kantanka Automobile was established in 1994 by Apostle Kwadwo Sarfo Kantanka and incorporated as a limited liability in 2004 in ghana. In 1998 the first complete built unit was manufactured using over 75 percent of local components. The Ghanaian car specializes in the manufacturing of on-road and off-road vehicles that meet the challenging and ragged nature of much of the Ghanaian and African terrain.

The objective of the is to manufacture and assemble cars that give value for money to medium and lower-income, earnings in ghana, sub-Saharan Africa, and beyond. The researches designs and develops cars that institutions, government agencies, and individuals will need by analyzing market trends, consumer behavior, and service. 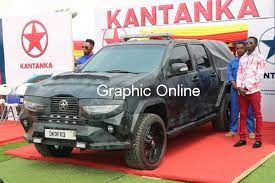 In 2015,  Kantanka Automobile Company Limited was integrated as the first ever Ghanaian, privately owned automotive manufacturing, and assembling . The has already begun producing electric cars.

Asidu Abudu, also known as Inventor 1 is a Ghanaian inventor based in Takoradi in the Western Region. He started building gadgets at the age of six. 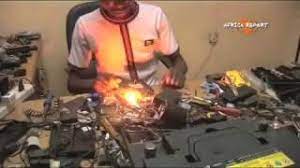 He was the best student in craft work at his school and also emerged as the first in the regional competition. He was then sponsored by the government to the US for a short period. 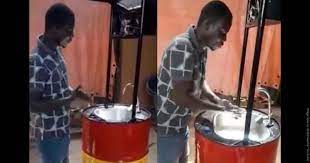 Abudu has developed several mechanical and electronic gadgets. He has developed a fufu pounding machine, an automatic feeding machine for feeding people who are physically impaired, a voice transmission machine and a door alert system, a maize planter vehicle, tracking systems that use voice activation, and many more. Abudu has also built unique automobiles for different purposes. He has built a pickup for transporting goods, vintage cars which carry two passengers, and many others. 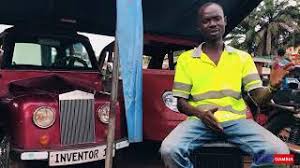 All his vehicles are handmade from local materials. One of his major hindrances is financial support, he’s seeking assistance from the government and state agencies to come to his aid and help establish a bigger workshop. So he could train more people in a span adventure. He also stressed the need for Africans to support each other and patronize locally manufactured products.

Nelson Boateng is a ghanaian innovator who builds affordable houses using plastic waste. It is reported that Ghana generates about 22 000 tonnes of plastic waste yearly with a great portion of it, choking our gutters and destroying our environment, and it takes nearly 500 years before they begin to decompose. The issue of plastic waste is of high concern and I am wondering why it has become very difficult to ban the use of plastics in Ghana. Boateng’s goal is to provide a sustainable solution to help tackle the issue of plastic waste while providing less expensive housing to low-income workers. 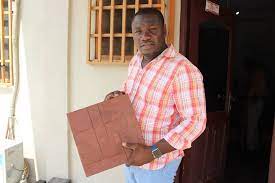 By so doing with just one stone, he would be tackling two agencies of his society. He uses 30 percent plastic and 70 percent sand to serve as a fire retardant in most of his products. He prefers plastic waste from gutters and beaches since they already contain rough soil that strongly binds blocks and iron growth. Boateng is the founder and CEO of Nelplast Eco Ghana Limited. 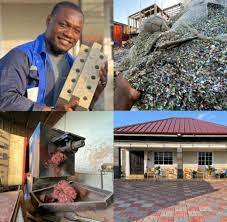 His won the Green Corporate Star Awards at the EMYs, and his mission is to create a leading in plastic packaging and recycling in ghana.

Frank Darko, is a Ghanaian innovator who Invented the water bike to help people living in river areas to easily navigate water bodies. Its inventions come as a response to children and residents, finding it difficult to cross water bodies, especially during rainy seasons. The water bike is made from aluminum, wood, and propellers. Darko build a water bike to make it safer and more reliable to traverse these rivers compared to canoes. 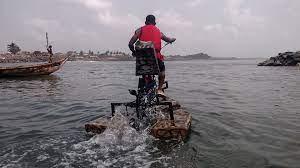 Furthermore, canoes responsible for transporting people, especially school children in the area, are limited. It took him over a year to come up with the concepts and their design. Darko’s invention could be useful in many other parts of Ghana and beyond, where people experience heavy rainfall or natural hazards like floods.

His current model can carry one person but he’s working on another one that will carry four people. In addition to tackling the issue of sanitation. Darko has also invented a bicycle that sweeps the streets of rubbish and dust. The purpose of dust master as he calls it is to clean the streets of Accra and other parts of the country. 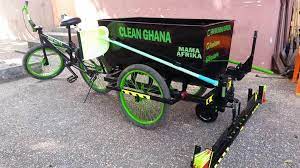 The bicycle collects rubbish and dust as it rises along the streets. It keeps the rider in shape while keeping the streets clean. He received a National Award for his invention from the Ghana Institute of Engineers at the 2018 Engineering Excellence wards.

Richard Kwateng’s family invention was critical in the fight against the novel coronavirus. The Ghanaian innovator, who also owns a shoe manufacturing , invented the solar-powered hand washing device to help care for the spread of coronavirus. His purpose was to aid the frequent and effective washing of hands without having to physically turn the tap or touch the soap containers to avoid infections. 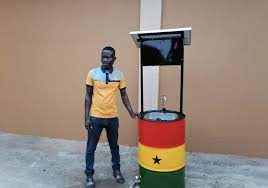 Once a hand gets under the tap the sensor detects it setting off an alarm that sounds for 25 seconds during which an inbuilt dispenser pours soap on the individual’s hands for thorough rubbing. Immediately after the 25 seconds, the flow of water is triggered through the same tap to wash the hand. The barrel, which constitutes the base of the device, contains 80 liters of water that can Wash up to 150 people’s hands before it is refilled. 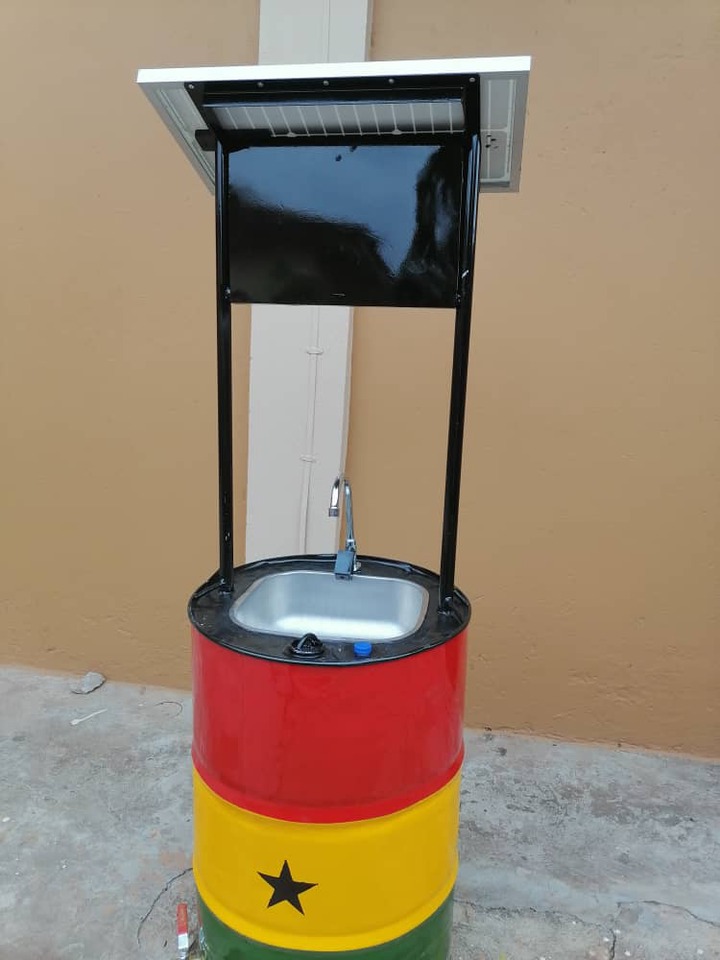 Meanwhile, when the water and liquid soap are exhausted, the sensor detects it and alerts for refilling. This invention has been certified by the Ghana Standard Authority. The certification was carried out in four days instead of 21 days in response to the alarming spread of the coronal virus. In his case, the government showed readiness to promote support and encourage local inventors.

Kelvin Odartey is an 18-year-old Ghanaian junior high school student, who built a car from scraps. kelvin doesn’t have any formal training in engineering, but at the age of 10, he has already started building gadgets using ordinary things like scraps, signboards, and plastics. Kelvin started building his car in 2017, which took him almost four years to complete after so many false starts. 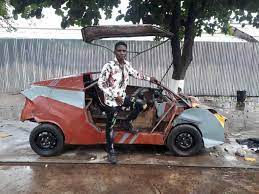 The toughest challenge was acquiring an engine that he couldn’t afford at the time, so he had to engage in other jobs to earn himself some money to buy the engine. After kelvin’s innovation went viral Kantanka Automobile reached out to mentor and helped him achieve his dreams. The CEO  Kwadwo Sarfo Junior said the boy needs a lot of mentoring and we at Kantanka are willing to teach him

A 22-year-old Ghanaian inventor and a Student at Asheshi University. Nii Amartei Amarteifio has designed and built an ultralight helicopter from scratch. During his freshman year, Amartei began researching rotary wing aircraft spending a great deal of his time in an engineering workshop. 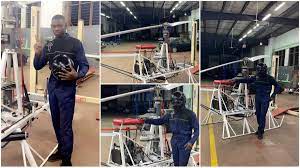 Within a few days, his prototype was built. His zill and excitement will push him further to build four more prototypes within a few months. According to him, his previous test has given him a lot of feedback to help him accomplish his goal, even though he faces challenges like vibrations caused by the centi lever design. 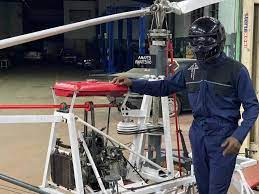 The engine struggling to get the main rotors to the right rpm range to generate enough to lift because of its weight and a few other hurdles. He is so optimistic and will not give up until his inventions are finally completed. He has also launched an engineering summer school program that Seeks to give students practical experience in engineering.

Joseph Korley Tetteh is a ghanaian innovator who manufactures bicycles and four-wheelers using wood. His first bicycle, which was made from metal, was built in the year 2007, but due to financial setbacks, he paused and focused on architecture, which was his profession. In the year, 2020 Tetteh created His first wooden bicycle with the support of good friends and relatives, especially the bishop of his church. In the beginning, it was tough but succeeded on the third attempt and came out with the first product within a month. 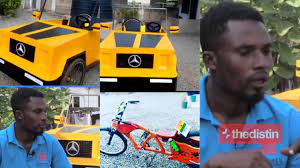 Now more experience and improved efficiency, he produces a piece in just seven days, coming up with the concept and design for the wooden bicycle was relatively easy because of his architectural background. He has different models for all age groups. Tetteh has also created a four-wheeled wooden pedal bicycle purposely for tourist centers. 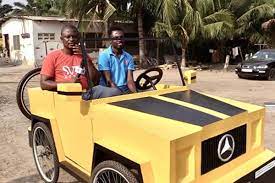 The pedal car, which is a prototype, is also made of wood. It has a seat for two and a pedal to move it around. Tetteh is confident that, with the availability of resources and funding from state agencies, investors, or privately owned companies, he would expand his business and begin mass production.

Ibrahim Sumaila, also known as Ibrahim spider is a Ghanaian innovator who builds motorbikes and other vehicles with scrap materials. Sumaila attended Don Bosco technical institute at Ashaiman, where he studied welding. Sumaila is an innovator and entrepreneur committed to beneficial change within his community. Sumaila has built customized, motorbikes and other forms of motorized bicycles and tricycles purposely to ease the Movement of people with disabilities. Sumaila is ready to pioneer several new life-enhancing devices, but his resources are limited. 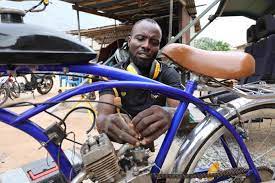 He wants to expand his business, and employ and train more people. He is appealing for support from the government, corporate bodies, and individuals to facilitate large-scale, production and marketing of his existing inventions and many more to be born.

If there are other Ghanaian Inventors, I missed kindly indicate them in the comment section below. I hope you enjoyed reading this article and don,t forget to like this article.

Content created and supplied by: Laazio (via Opera
News )

You’ve Been Telling Lies For The Past 5 Years, Enough Is Enough – Dennis Miracles Tells Sammy Gyamfi

How to visualise to get anything you want