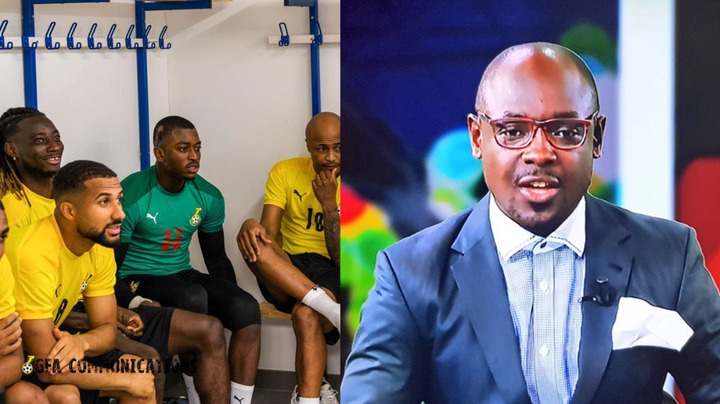 Director of Communications for the Ghana Football Association (GFA), Henry Asante Twum, has noted that the national team will be unbeatable at this year’s World Cup with the current squad named by the technical team.

In an interview on SVTV Sports, Asante Twum indicated that the technical team have gone through a lot of processes to come up with the current squad and is building a strong team to represent Ghana. He mentioned that with such top football professionals playing for some of the leading clubs in the world, the Black Stars stand a chance at the upcoming tournament.

These are top professionals, and if you are able to build a team out of these names, you will definitely be unbeatable. We have quality in the team. Age is on our side. On average, we have a team that has 22-year-olds. It indicates that the future is bright and the future stars tomorrow,” the Communications Director said.

Moreover, the host of SVTV Sports, Oscar Nuwati, quizzed Henry about the speculations of adding more players to the current Black Stars squad. However, Asante Twum disclosed that there won’t be any more additions to the squad before the World Cup tournament in Qatar.

“As things stand, I can confidently say no. We’ve gone through a long journey with the qualifications and have tested the players. I’m sure your question has to do with bringing in some of the players whose names have popped up, but as things stand, I don’t think that is likely to happen.

I wouldn’t say when a player is doing well in Europe or the domestic front, he wouldn’t be given the chance. I’m not in a position to say that. Anything is possible,” Henry added.

Kindly watch the full interview below;

Content created and supplied by: SVTVAfrica.com (via Opera
News )

Clayton Echard and Susie Evans: It’s Over! To the Surprise of Absolutely No One!