Kofi Adoma Nwanwanii, a well-known media figure in Ghana, has responded to calls from adoring fans to stay abroad and not come back. Kofi Adoma Nwanwanii was allegedly assaulted with sharp objects about a month ago by unidentified assailants.

Pictures of the Ghanaian journalist being treated in a hospital after the incident were posted on social media. Since the police began looking into the incident, the unidentified attackers have not yet been taken into custody.

Kofi Adoma Nwanwanii, the director of news at the Angel Broadcasting Network (ABN), based in Accra, has made suggestions that he will soon return to work. Kofi Adoma has been receiving messages from fans advising him to avoid social media and remain outside of Ghana.

In response, Kofi Adoma Nwanwanii stated that Ghana is his country and that he works in the media. He posted on Facebook about it and addressed the pieces of advice that were offered. 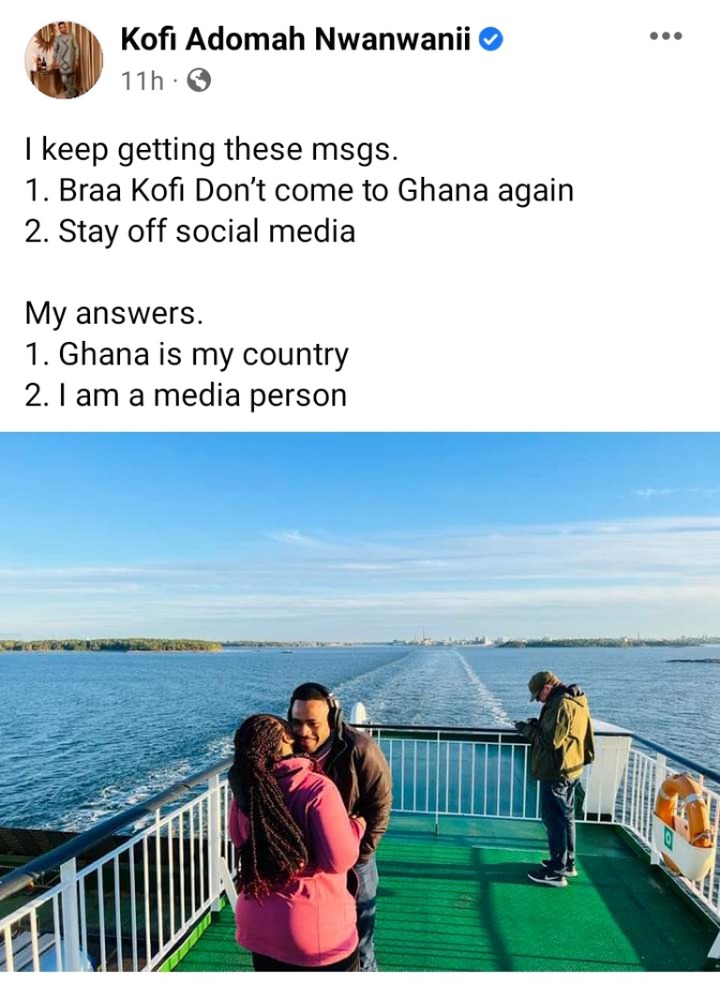 Content created and supplied by: barbaraagyeman006 (via Opera
News )