Most of the European teams try to strengthen their squad before the start of every season by signing new players to join their current squad.

Most of these players when signed it takes a lot of time before they adapt to the style of play of the team a typical example is Eden Micheal Hazard of Real Madrid.

His signing from Chelsea to Real Madrid had a bad impact on his football career, it took him 2 seasons before adapting to the style of play of the Real Madrid team.

Fc Barcelona also made a lot of signings in the 2021/2022 season with authority of the head coach Ronald Koeman.

The coach signed new players to join the team for a better season but they did not perform up to expectations.

Here are the transfer signings in the 2021/2022 season under Ronald Koeman:

In the 2021/2022 season Fc Barcelona were having problem in terms of goal scoring so they signed 3 strikers to join their team.

They signed Memphis Depay from Olympic Lyonnaise in the French league one, they also signed Sergio Kun Aguero from Manchester city and also Luke De Jon from Sevilla in the Spanish premier division.

They also signed also signed Eric Garcia from Manchester city to beef up their team, but these players did not perform up to expectations.

This year’s transfer season, the new head coach of Fc Barcelona has signed more players in other to have a competitive team next season and win more trophies.

Here are the 2022/2023 signings of Fc Barcelona under Xavi Hernandez: 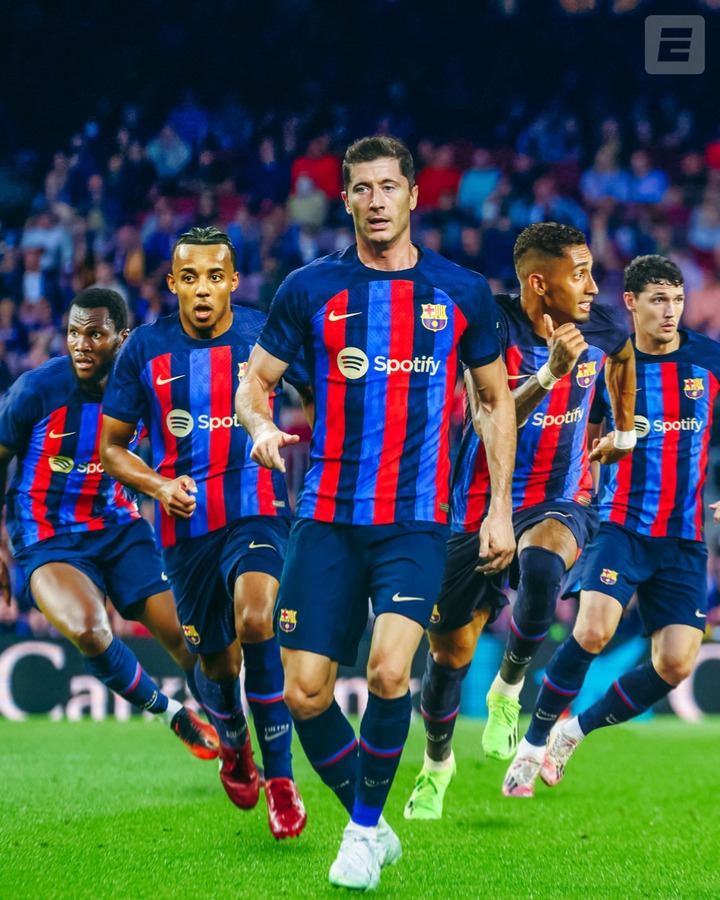 This transfer window they have signed signed defenders, mid fielders and strikers to beef their squad for next season.

The defenders they have Andreas Christianson from Chelsea and Jules Kounde from Sevilla.

The mid fielders they have sign Frank Kessie from AC Milan to join them.

They have also signed Robert Lewandolski from Bayern Munich and Raphinha from Leeds United.

These are the signings in the 2022/2023 season for Fc Barcelona, they hope all these new signings adapt to the style of play of the team and help them win more trophies.

Created and supplied by:

Content created and supplied by: Young (via Opera
News )

I Have Not Bathed And Given Only Ghc50: Alan Supporter Bussed To Kumasi Expressed Frustration In Video